Home / WORLD / Defending Scrooge is a Christmas tradition for Wall Street contrarians, but maybe they’re onto something?

Defending Scrooge is a Christmas tradition for Wall Street contrarians, but maybe they’re onto something? 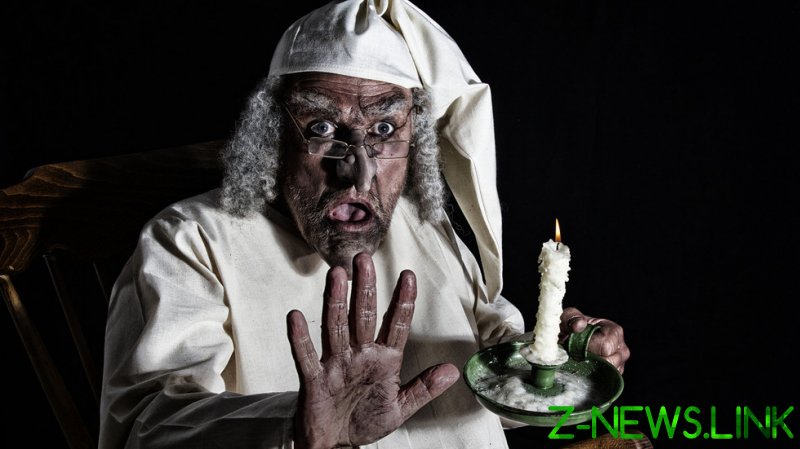 The redemption of Scrooge in Charles Dickens’s ‘A Christmas Carol’ doesn’t make many people unhappy. The cold-hearted miser learns that there’s more to life than accumulating profit, and resolves, at the end, to pay his workers better, treat others with kindness, and donate his fortune to the poor.

Who could argue with such a character arc?

The Wall Street Journal, that’s who. Two days before Christmas this year, the finance industry’s newspaper of record published an op-ed by former Senator Phil Gramm and lobbyist Mike Solon, in which the pair argued that Scrooge would have served society better had he hung onto his wealth and used it to fund Britain’s industrial output, which, when Dickens penned ‘A Christmas Carol’ in 1843, had already made Britain the world’s only superpower.

“Scrooge’s wealth accumulation would have benefited far more people than anything he gave to charity after his reclamation, and many times more than the government would have helped had they taken his wealth and spent it,” the pair wrote.

On reading, it’s easy to boo these cheerleaders for commerce. How could they, at Christmas of all times, stick up for Scrooge in his dingy “counting house,” scrimping and saving, and taking his gruel alone by the fireplace?

Well, such contrarian articles are a surefire way to generate angry clicks. The Wall Street Journal regularly defends Scrooge at Christmas, as do its competitors in the world of business journalism.

Gramm and Solon describe Ebenezer as a prototypical magnate, the kind who oversaw Britain’s transition from a rural society to an urban one. Between 1840 and 1900, they pointed out, wages nearly tripled, life expectancy rose by 20 percent while the mortality rate plummeted, and children – who, a century earlier, had risked life and limb in Britain’s first factories – were enrolling in school in ever-growing numbers.

However, the Scrooges of the day didn’t always make the lives of their workers better by choice. Trade unions were legalized only in 1871. The government, not factory owners, mandated health & safety and sanitation rules in factories in 1866, and it would be another eight years after that until the employment of children under 10 in textile factories was outlawed.

Yet this year, perhaps there’s something to be said for old Scrooge?

Living standards did rise spectacularly for workers during the second half of the 19th century. Workers today, on the other hand, have seen no such increase. Real wages have barely risen for American workers since the 1960s, and have remained almost stagnant for Britons since 2000. The situation has only been exacerbated by the coronavirus pandemic and ensuing government-mandated lockdowns. While 11 million Americans are unemployed and waiting on paltry stimulus checks of $600 (or $2,000 if Donald Trump gets his way), US billionaires increased their net worth by almost a trillion dollars. The combined wealth of the 12 richest Americans – including Amazon CEO Jeff Bezos, Facebook CEO Mark Zuckerberg and Microsoft CEO Bill Gates – grew by a staggering 40 percent.

In the UK, 1.6 million people are unemployed. Say, though, that any of these people found themselves working for Jeff Bezos, like Bob Cratchit worked for Ebenezer Scrooge – their lot mightn’t be much better than Cratchit’s, at least as far as equality goes.

Scrooge’s profession isn’t mentioned in the story, but we do know that Cratchit was a clerk. Working in one of the better-paying banks at the time, he could have hoped to bring home an annual salary of £60. Meanwhile, bank owner James ‘Jemmy’ Wood – a Scrooge-like character known as ‘The Gloucester Miser’ – died in 1836 leaving a fortune of £900,000, at the time making him Britain’s wealthiest commoner.

The average worker at Amazon last year made $28,836, while CEO Jeff Bezos sits on a fortune of $199.7 billion. That’s nearly seven million times the average yearly wage at Amazon. By contrast, Wood’s net worth in 1836 was just 15,000 times more than a London bank clerk’s salary.

Whatever the difference in raw numbers, the average Amazon worker doesn’t have to contend with the working conditions of Victorian London. While that statement is, for the most part, true, Amazon’s workers have complained of unsafe working conditions, and frequent accidents that left them with “electric shocks and broken bones.” In some Amazon facilities, employees claim they are worked to the point of exhaustion and forced to urinate in bottles to meet their targets. Anyone trying to organize workers into a union is hunted down by Amazon’s own intelligence department.

No doubt they’d be pleased if a few ghosts showed up knocking on the windows of Bezos’s $80 million New York penthouse on Thursday night.