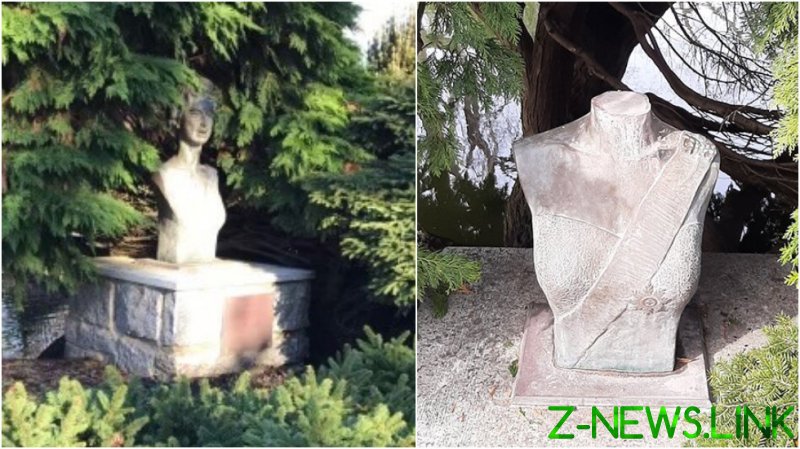 The headless bust was spotted earlier this week in Victoria’s Beacon Hill Park, according to local reports. The incident comes after a wave of overnight vandalism struck the town, which left behind graffiti, though it is still unclear whether there is any connection between the two.

A police representative also noted that two arrests had been made for violent crime in the vicinity of the park this week, with one man attacking a bylaw enforcement officer with a shovel and another “arrested at gunpoint” at a different park. The second was taken into custody after getting into an altercation with staff at Beacon Hill while brandishing a sledgehammer. It is also not known whether either suspect had any link to the statue-beheading.

Victoria Mayor Lisa Helps has denounced the presumed vandalism, saying on Wednesday: “Whether it’s the beheading of a statue or writing on the wall or etching of glass or anything, it’s just completely unacceptable and it’s completely unnecessary.”
Police continue to search for the missing head and have called on the public for any information that could help locating it, with Osoko noting that it could cost tens of thousands of dollars to repair the (literally) defaced statue.