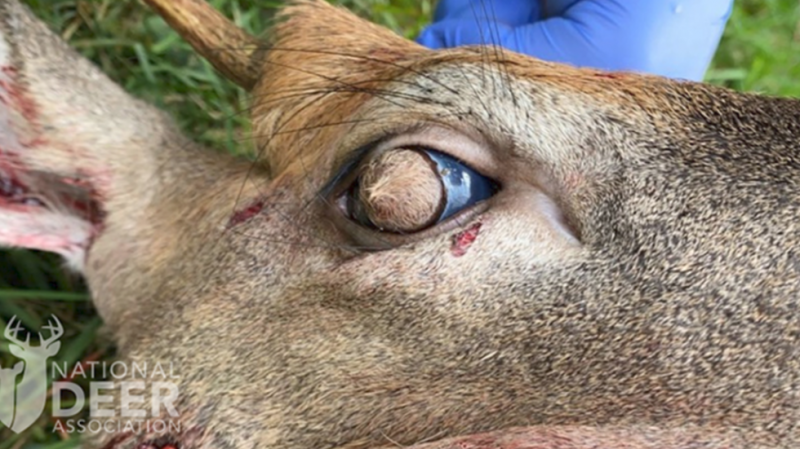 As confused townsfolk tried to capture the bold buck, they couldn’t help but notice it had thick hair protruding from discs of flesh which had grown and covered over the buck’s eyeballs.

As it turns out, the condition is known as corneal dermoids and has only been documented in one other whitetail deer, also in Tennessee.

The condition is essentially the result of a benign tumor, composed of tissues that would typically occur elsewhere in the body, in this case skin complete with hair follicles forming over the cornea or clear part of the eyeball.

According to Sterling Daniels, a wildlife biologist at the Tennessee Wildlife Resources Agency (TWRA), the deer “maybe could tell day from dark, but I wouldn’t think it would be able to see where it was going.”

“I’d compare it to covering your eyes with a washcloth. You could tell day from night, but that’s about it.”

This particular buck, found wandering the streets of Farragut, Tennessee in August 2020, was later diagnosed with epizootic hemorrhagic disease (EHD) which can cause fever, inflammation of tissues and almost a complete loss of fear of humans, which may explain the its bleary-eyed jaunt into town.

Researchers suspect the furry eyepatch likely formed while the deer was still in utero.

Worryingly, humans can develop dermoids in their eyes, though the condition is extremely rare. It can cause blurred vision but doesn’t result in extreme sight issues. The dermoids can also be surgically removed though it tends not to improve a patient’s eyesight.