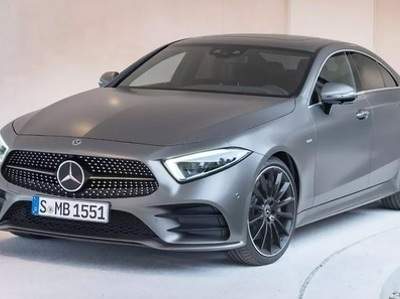 The newest model Mercedes-Benz declassified a few days before the premiere.

The official premiere of the new generation Mercedes-Benz CLS will take place a few days ago, but the secrecy still fell: official images leaked online, along with technical information. The source of the leak pictures subsequently removed, however, as they say, “Google’s cache remembers everything.”

The first images of the new Mercedes-Benz CLS has published on its website the Australian magazine Motoring. Then the photos disappeared, but other publications (for example, the Australian Wheels Magazine) fished them out of the cache and again went public.

Along with photos, appeared and information about the engine range of the new items. A CLS will be two diesel options, 350d and 400d. Both these versions will get the same 2.9-litre engine, but in the Junior version, it produces 286 HP and 500 Nm of torque, and older — 340 HP and 700 Nm of torque.

In the family of petrol engines CLS — a lot of interesting. Appears on the model 3-litre six-cylinder turbo engine, which by default produces 367 HP and 500 Nm of torque, however with a still and starter-generator on-Board 48 volt, which with a sharp acceleration provides a “bonus” torque in extra of 250 Nm.

The top model is the CLS will be the 53 AMG version with a hybrid power plant with total capacity of 503 horsepower. At the core of the hybrid will be used the same 3-liter turbo. This is potentially not the most powerful modification, which is capable of “Mercedes”, but the most delicious part of the dynamics of the company left for the latest chetyrehdverki AMG GT in order to avoid internal competition.

In the new generation CLS was first awarded the five-seater configuration of salon before, the model was strictly a four-seater. The list of equipment CLS promised to enter branded multimedia with a display diagonal of 12.3 inches, visually merged into a single cluster, digital instrument panel, “long-range” led optics and more.

All other details about the new Mercedes-Benz CLS will be revealed soon, now that we have the opportunity to evaluate the design of the new model.