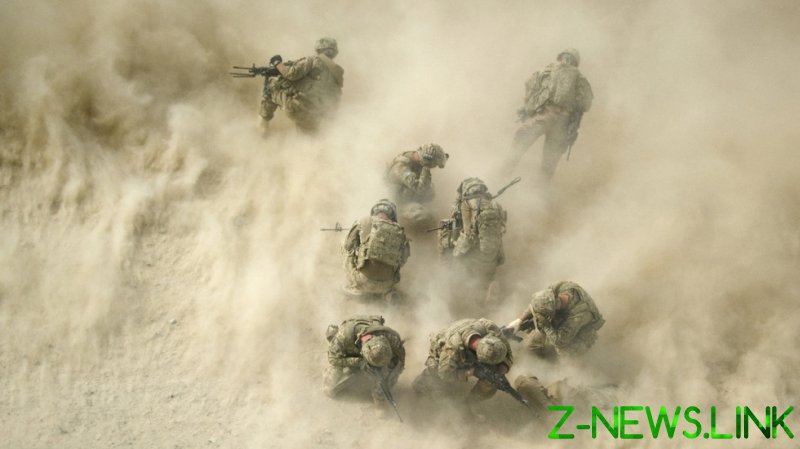 Collectively, the files trace in often shocking detail precisely what went wrong, how, and when, and the extent to which this was consistently and deliberately hidden from the public.

Take, for instance, a March 2002 memo authored by Donald Rumsfeld, in which the then-Defense Secretary demands an urgent meeting with Pentagon officials, as he was “concerned” the US mission in Afghanistan was “drifting.” As the Archive records, later that same day, Rumsfeld conducted a lengthy interview with MSNBC, in which he forcefully asserted the war had been long-won, and dismissed any suggestion Washington should negotiate with remaining Taliban insurgents.

“The only thing you can do is to bomb them and try to kill them. And that’s what we did, and it worked. They’re gone. And the Afghan people are a lot better off,” he said.

In a perverse irony, another memo issued three months later may well have signed the Afghan mission’s death warrant. In it, Rumsfeld asks one of his top aides about giving a “chunk of money” to Pakistan so they would “really fight the war on terror.” So it was that billions were sent to Islamabad by Washington over the next decade to bankroll its contribution to the fight against Al Qaeda and the Taliban. A large proportion of the funds were misused, and an indeterminate amount may well have financed the very groups they were meant to be fighting.

Pakistan’s role in supporting the Afghan insurgency is referenced in a lengthy email written in August that year by a Green Beret member of a commando team hunting “high-value” targets, which was circulated throughout the Pentagon at the highest levels. The author asserted that Al Qaeda were “regrouping in the Southeast, with the connivance of a few disgruntled junior warlords and the double-dealing Pakistanis.”

“The shooting match is still very much on,” they wrote. “Along the border provinces you can’t kick a stone over without bad guys swarming out like ants and snakes and scorpions.”

Quite some quagmire, although by that time the occupation was well and truly off the Oval Office radar, as Washington ramped up preparations for the invasion of Iraq. Underlining the staggering degree to which the White House had deprioritized the mission, an October memo records how Rumsfeld asked President George W. Bush whether he wished to meet with General Dan K. McNeill, commander of coalition forces in Afghanistan. The President perplexedly asked who McNeill was.

Fast forward to August 2009, and the occupation was again a priority – to such a degree that a significant increase in US military presence was being aggressively advocated for by the Pentagon. Central to this renewed push was the appointment of General Stanley McChrystal, an acolyte of then-Central Command chief David Petraeus and firm believer in the efficacy of the Iraq troop surge enacted two years earlier, to the Afghan mission.

A 66-page assessment authored by McChrystal calls for a “properly resourced” counterinsurgency campaign, as in Baghdad, with up to 60,000 more US troops and significant investment in arming and training the Afghan army. Full of swagger and self-assurance, he contends that failure to “gain the initiative” within the next 12 months would mean defeat. In the event, he was only given 30,000 extra soldiers, for a maximum of 18 months. Undeterred, McChrystal boldly informed the Senate in December that year “the next eighteen months will likely be decisive and ultimately enable success,” and “in fact, we are going to win.”

However, the declassified files make clear McChrystal’s optimism wasn’t shared by certain officials. In fact, Karl Eikenberry, a former general turned US ambassador to Afghanistan, was strongly opposed to increasing the US troop presence. Writing to then-Secretary of State Hillary Clinton, he foresaw that the move would produce “astronomical costs,” “delay the day when Afghans will take over,” “make it difficult, if not impossible, to bring our people home on a reasonable timetable,” and “steepen dramatically” battlefield casualties and “attrition losses.”

He added that deepening military involvement in a mission “that most agree cannot be won solely by military means” was illogical, and “more troops won’t end the insurgency as long as Pakistan sanctuaries remain,” forecasting that Islamabad “will remain the single greatest source of Afghan instability.”

Clinton’s response remains redacted, but a subsequent cable sent by Eikenberry would imply his anxieties were dismissed. Moreover, given the almost instantaneous collapse of Kabul following the departure of coalition forces, the communiqué can only raise serious questions about the many official denials that such an eventuality was foreseen.

In it, he suggests investigating alternative options to military build-up, noting that troops will merely provide enhanced security “for as long as they stay,” and previous troop increases had led to an intensification of “violence and instability.” Eikenberry also asserted that neither the Afghan army nor government had “demonstrated the will or ability to take over lead security responsibility,” and there was “scant reason to expect that further increases will further advance our strategic purposes.” Instead, “they will dig us in more deeply.”

Of course, these far-seeing observations fell on deaf ears, and US military presence multiplied significantly in subsequent years, reaching an all-time peak of around 110,000 soldiers in 2011.

A similarly chilling prescience also permeates the transcript of an interview with Richard Boucher, former Assistant Secretary of State for South and Central Asian Affairs, conducted in October 2015 by the Special Inspector General for Afghanistan Reconstruction, obtained via a freedom of information lawsuit.

His appraisal of the mission was remarkably forthright – since its very inception it had constantly and consistently expanded in uncharted and unexpected directions, and ultimately Washington simply didn’t know what it was doing. The assumption that Afghanistan would or even could become a state in any way akin to the US had been “just wrong” he said, and “condemned us to fifteen years of war instead of two or three.”

“If we think our exit strategy is to either beat the Taliban, which can’t be done given the local, regional, and cross-border circumstances, or to establish an Afghan government that is capable of delivering good government to its citizens using American tools and methods, then we have no exit strategy because both of those are impossible,” he stated prophetically.