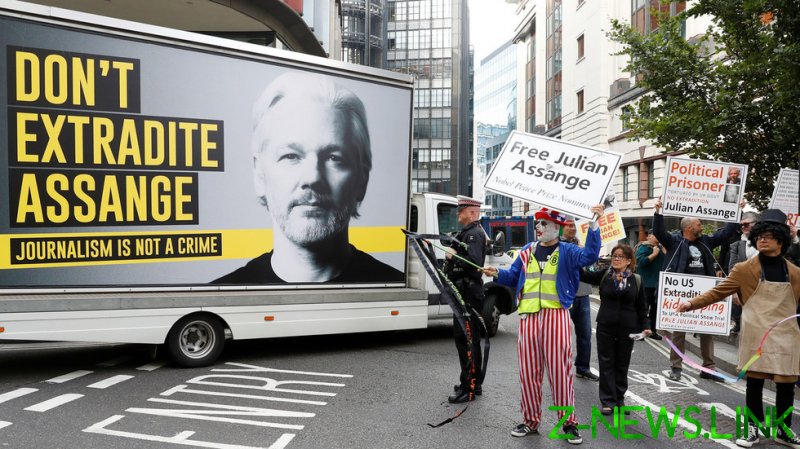 An open letter to the US President was published by the UN expert on Tuesday, with Melzer joining the chorus of calls to pardon Assange.

Melzer stressed that Assange is “extremely vulnerable,” with his health greatly deteriorated over the years of isolation in the Ecuadorian embassy in London, as well as the harsh conditions in the UK’s Belmarsh high security prison, where he’s currently being held. Moreover, the facility has been plagued by coronavirus, putting the journalist’s life in immediate danger.

Melzer said that Assange has been persecuted for merely telling the truth and, basically, doing journalist work in the public interest.

“I ask you to pardon Mr. Assange, because he is not, and has never been, an enemy of the American people. His organization, WikiLeaks, fights secrecy and corruption throughout the world and, therefore, acts in the public interest both of the American people and of humanity as a whole,” the UN Special Rapporteur wrote.

Pardoning Assange would be the best way for Trump to live by his repeated promises to fight the so-called ‘Deep State’ and alleged government corruption, Melzer noted, arguing that such a move would greatly solidify the legacy of the outgoing president.

So far, however, Trump’s activities in the last days of his term do not exactly meet such expectations. Ahead of the Christmas holidays — the traditional time for presidential pardons in the US – Trump handed 15 and five commutations, including to three former members of Congress, convicted of corruption, two of his close allies who had fallen victim to the ’so-called ‘Russiagate’ probe, as well as four Blackwater mercenaries convicted of a mass killing of civilians in Iraq in 2007.

Last month, Trump pardoned General Michael Flynn, his former national security adviser and one of his first allies who were targeted over alleged improper contacts with Russians. Flynn has been prosecuted over allegedly giving false statements to the FBI and dragged through courts even after the Department of Justice decided to drop charges against him.