Debunked the myth about the impact of Denuvo on game performance 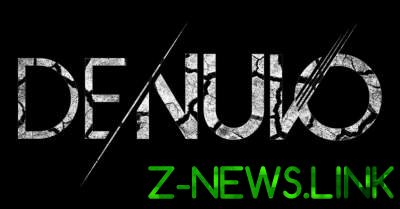 In the Network appeared comparing the performance of several titles before and after the removal of Denuvo.

The results were not so shocking, as I’m sure I would like the opponents of protection. Hackers, leading a righteous war against the anti-piracy SOFTWARE, has long been struggling to prove that the detrimental effect of DRM, but the balance is in dispute “for and against” stubbornly refuses to lean on one side. So this time all went extremely ambiguous.

Comparison of the quality of games with and without Denuvo was performed many times, but it always was a comparison of licensed and pirated copies. User Overlord believes that such a mapping gives an idea about the impact of DRM, and how you’ll be hacked and the original version. The last of which, moreover, can be overloaded patches. The results of the research, thus, cannot be called representative. This omission has already been pointed out by some journalists, when hackers managed to get Final Fantasy XV without protection. Yes, the difference in performance really was, but the reason for that is likely to become a burden on the hard drive, not the program.

Fortunately, there are developers who voluntarily abandon the system some time after release. The Overlord jumped at the chance to learn the official versions of several games before and after the removal of DRM to finally understand one of the most sensitive issues of the industry. What he found out? The performance of some titles actually increased after getting rid of the anti-piracy SOFTWARE, however critical these changes are difficult to call. The average FPS in Hitman increased from 71,67 to 72, in Sherlock Holmes: The Devil’s Daughter – from 86 to 92, in Mass Effect: Andromeda – from 89 to 92. But in the Abzu, for example, the figure in both cases was the same – 101.

Of course, during particularly intense scenes the FPS in the title game without Denuvo sags slightly less than in the same moments, but with her, however, most likely, not in the flaws. The negative impact of protection system performance depends not only on the quality of the code itself Denuvo, but also that it protects the more active the game exploits the CPU, the more overheads for encryption and obfuscation of code performs a DRM. Some impact on performance, therefore, really is, but is it great to go with the war on developers and publishers? The author of the video who hoped to expose the rumors, his movie only gave gamers a new food for thought and debate.