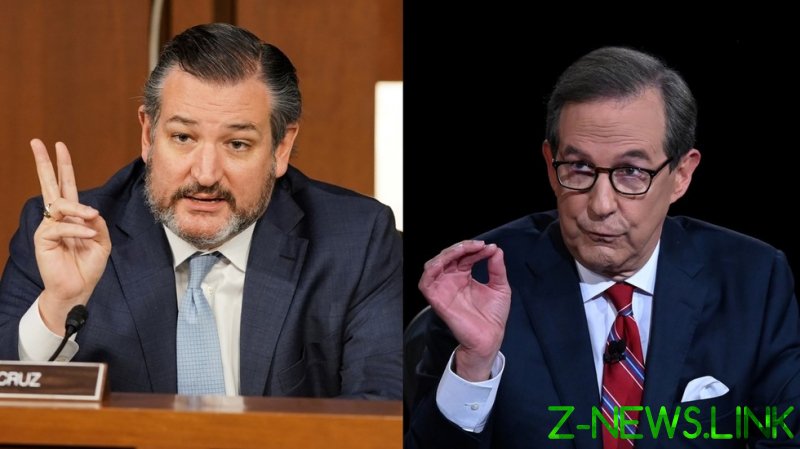 Wallace suggested Sunday that Ted Cruz and other Republican senators who are echoing the Trump campaign’s allegations of fraud in the Nov. 3 election “are like the Japanese soldiers who come out 30 years after the end of the war, out of the jungle, and say, ‘Is the fight still going on?'” He contrasted the staunch Trump loyalists to senators such as Mitt Romney and Pat Toomey who have called to “damp down the rhetoric” over Democrat Joe Biden’s apparent victory.

The comments raised the ire of conservatives, who were already stung by Wallace’s allegedly biased moderating of the Sept. 29 presidential debate. Some labeled his performance there a “disgrace.” Radio host Mark Levin called the comparison to Japanese soldiers “way out of line.” “Keep your politics to yourself, Mr. Journalist,” Levin tweeted. “You’re not just showing ankle. You’ve completely undressed yourself.”

Cruz argued that “urging that we follow the law and that election recounts be actually completed is not somehow undermining democracy.” Taking aim at Wallace, he invoked the debate controversy, accusing the Fox News veteran of “partisanship.”“Chris Wallace, who beclowned himself with a shamefully biased debate performance – universally panned – continues to demonstrate his rank partisanship.”

Wallace took heat from both sides of the aisle for his handling of the first presidential debate.  Democrats criticized him for failing to take control of the debate, while Republicans accused him of showing favoritism to Biden. Those critiques were revisited after NBC News correspondent Kristen Welker was praised for her strong handling of the Oct. 22 Trump-Biden debate, and her performance was contrasted with that of Wallace.

CNN and other mainstream-media outlets called the election for Biden on Saturday, but Trump has vowed legal challenges over alleged voting fraud in Michigan, Pennsylvania and other states.
Trump has clashed this year with traditionally pro-Republican Fox News, and Wallace specifically, saying in April that “it’s a whole new ballgame over there.”

Responding to Wallace’s latest remarks about Cruz, Trump campaign adviser Mark Serano tore into the cable news channel for what he argued was betraying their core audience and their brand. “Oh, the conflicts Fox News has waded into because they abandoned their brand and their base audience,” Serano said.