Death under the public duty 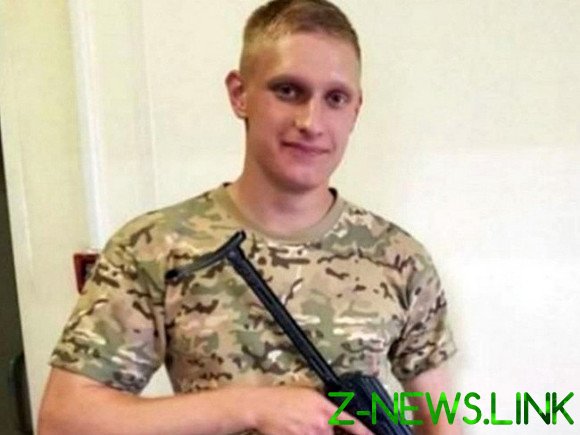 New charges brought against the participants of the fight that killed the former member of spetsnaz GRU Nikita Belyankin.

The participants of the fight, which ended with the death of the former member of spetsnaz GRU Nikita Belyankina, is now charged with the murder of a person who performed a public duty. Attackers could face up to 20 years in prison or even a life sentence. The executor of murder the consequence considers Sergey Hogan.

As told to “Rosbalt” a source in law enforcement bodies, the TFR was charged with 11 participants of a fight the prosecution in paragraphs “b” and “f” of part 2 of article 105 of the criminal code (murder by an organized group of persons in connection with the performance by that person of a public duty), part 2 of article 213 of the criminal code (hooliganism committed by group of persons), part 3 of article 30 and 105 criminal code (attempted murder). This is a serious article, the attackers threaten a very long time, up to life. Previously, it was charged with only disorderly conduct, and Chocano — part 1 of article 105 of the RF criminal code (murder). He faces up to 15 years of imprisonment.

According to investigators, the evening of 1 June 2019 at the bar “beer house” a large group of men celebrated the birthday of one of them — Hrant Hayrapetyan. Close to midnight, the eleven members of the party suddenly decided to teach two of the visitors — Danilova and Sergeyev. And in the TFR believe that they were organized criminals, in collusion and used for conflict insignificant occasion.

See also:  The us once again putting on an act in the middle East

Showing “disrespect to society”, the thugs began to swear, and force pushed Daniel and Sergeyev on the street where began to beat hands and feet. However, Khodzhayan took out a knife and began to threaten their victims. Then he got so excited that I hit Sergeeva stabbed in the stomach, causing severe penetrating wound. The investigators are of the opinion that further the goals of the attackers was already murder their victims, and they continued the beating.

According to the TFR, from death Sergeeva was saved by the appearance of Nikita Belyankina, who tried to stop the crime. For these purposes, the ex-special forces soldier verbally demanded to stop the beating, and then took a traumatic gun and fired twice into the air. After that angry thugs decided to kill Belyankina. Three brothers Hayrapetyan and Khodzhayan pounced on him and started beating him. Almost immediately Khodzhayan struck one blow with a knife in the heart, which proved fatal. In the TFR believe that Belyankin died performing a public duty, and the assailants acted in concert.

According to the source of “Rosbalt”, now go to the new interrogation, during which they tell their version of events.

See also:  The Paris metro went under water due to heavy downpour. Video

Uncaught participants of the fight — Hovhannes Hayrapetyan assures that the knife wielded it. According to the young man, he was just going to teach Sergeeva and Danilova, who behaved provocatively, as a stranger with a gun. Oganes decided that it was a friend of two young men, exhibited from the bar. Between him and the stranger began to fight, the opponent fired in the air and under the feet of his. The bullet ricocheted from the asphalt hit him in the leg. After that the armed man headed brothers Hayrapetyan, but the latter opened fire. Hayrapetyan bullets hit in the chest and neck, from the last wound profusely bled.

According to Hovhannes Hayrapetyan, after that, he decided that the shooter is a threat to him and his family, took the knife and began to strike — as the armed man and the young people who were considered his friends. Then he left. Later, MP found out that the killed is a former fighter of special troops GRU Nikita Belyankin.

Recently Hovhannes Hayrapetyan decided to surrender to the authorities and even arrived for this in one of the regions adjacent to Moscow, but then changed his mind.