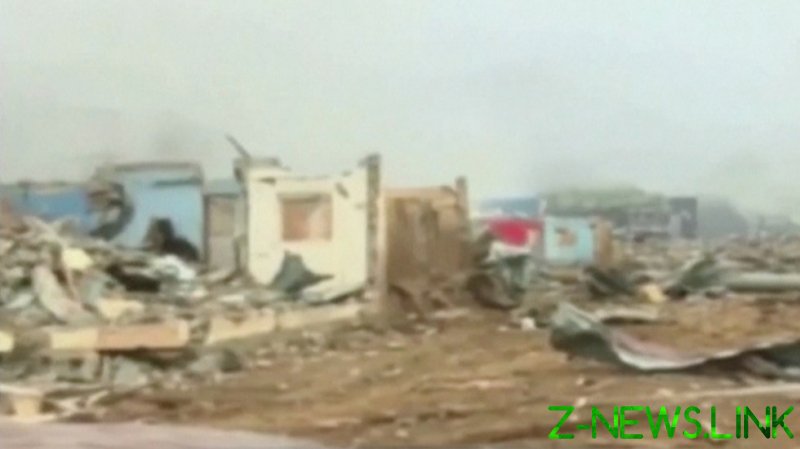 At least four explosions were reported to have struck a military base in the port city of Bata on Sunday, with images from the scene depicting a rubble-strewn landscape of levelled buildings.

In an update posted via Twitter on Monday, the country’s health ministry cited Vice-President Teodoro Nguema Obiang Mangue as saying that 98 people had been killed. The ministry also said it had prepared a response team including psychiatrists and psychologists to help victims of the blast cope with the trauma of the incident.

“The damages are not only physical but also mental,” it noted.

Addressing the nation in the wake of the incident, President Teodoro Obiang said that the negligent use of dynamite at the site had caused the devastation.

The Ministry for National Defence said in a statement on Sunday that a number of homes near the base had been destroyed by the shock waves of the blasts, and it urged people living nearby to evacuate for the night in case of further explosions.

It also said that an investigation had already been launched “to determine the causes of this tragic and lamentable event.”