Home / WORLD / ‘DEATH TO THE PATRIARCHY’: Madonna lashes out at shadowy cabal of men attempting to ‘cut off her life force’

‘DEATH TO THE PATRIARCHY’: Madonna lashes out at shadowy cabal of men attempting to ‘cut off her life force’ 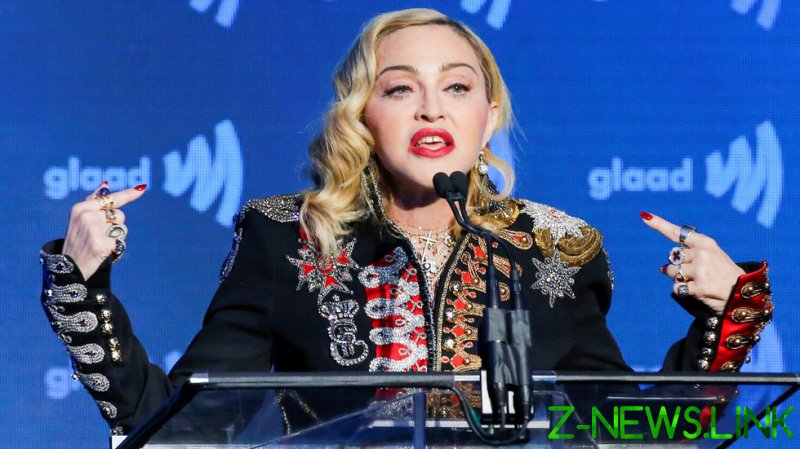 “The Patriarchy continues to try to crush my neck with their heavy boots, cut off my life force and take away my voice—Even those who call themselves artists…………..You know who you are!!! DEATH TO THE PATRIARCHY! Now and Forever,” Madonna tweeted, including a photograph of herself wearing a glittering tiara.

She didn’t appear to elaborate on what she meant by the message, nor is it clear what prompted the rant. Her tweets from the previous few days have been considerably less dramatic. On February 14, she posted a photograph of herself with the caption: “Im [sic] cute.”

The outburst triggered groans from social media users who pointed to her estimated $850 million net worth.

One commenter argued that “short of ruling a country,” Madonna has enjoyed a more privileged life than most will ever know. “In what way is this imaginary patriarchy stifling your voice and expression? How?”

Madonna wasn’t without her supporters, however. A Twitter user who identified as a “woman of trans experience” expressed her solidarity with the singer and vowed to stand shoulder to shoulder with her against “the patriarchy.”

The celebrity entertainer is no stranger to social media controversy. In June 2019, she found herself in hot water after she expressed anger over a New York Times profile about herself, comparing the time she spent with the article’s author to being “raped.”