Home / WORLD / Dear white celebrities: Stop using black people as your ‘props’ to try to show you’re not racist. Because it just proves you are

Dear white celebrities: Stop using black people as your ‘props’ to try to show you’re not racist. Because it just proves you are 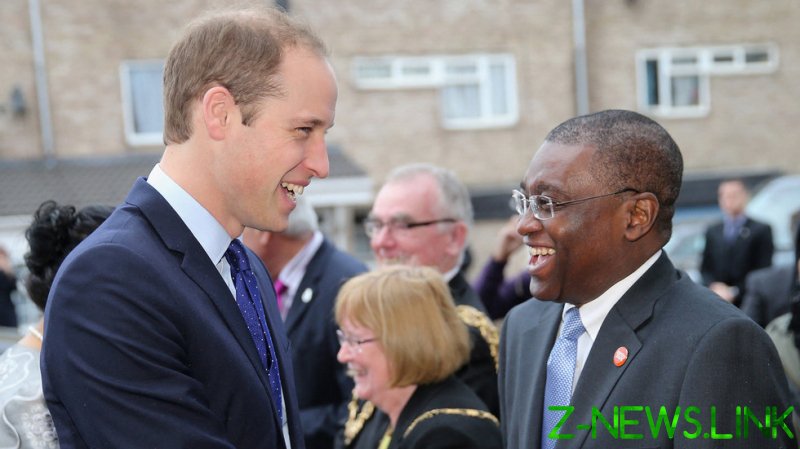 One of the things I miss most about the UK is indulging myself at the weekend with a full English, an overpriced ‘artisan’ coffee and a sprawling selection of Fleet Street’s finest muckraking rags. Being a bit of an old fart, there’s something about the physical act of rifling through the ‘scabloids’ in search of some good ol’ fashioned Anglostani sleaze before tucking into the broadsheets for more of the same, albeit written with a touch more panache.

Despite its Blimpish politics, mouth-foaming editorial and lack of wit, for an expat in the tropics pining for Blighty, the best digital facsimile of an analogue ‘Street of Shame’ rag has to be The Telegraph ­– self-styled ‘News Website of the Year’ and house organ to shell-shocked retired major-generals and reactionary fruitcakes ever since the Crimean War. In truth, both the curmudgeon and absurdist in me has a thing for the Torygraph. Any time of the day, anywhere in the world, I can log into it and find myself instantly harrumphing that the “country’s gone to the dogs,” as I ruffle its illusory printed pages on my MacBook or iPhone.

I felt this urge to go all Bufton Tufton on Sunday after opening up the ‘Terrorgraph’ to find the following headline – ‘My friend Prince William is no racist’ – over a “painful” interview with “Nigerian-born administrator” Seyi Obakin, chief executive of Centrepoint, a charity that supports homeless young people.

This clunky PR wheeze, coming as it had in the wake of “Meghangate,” was a desperate bit of ‘blackwashing’ in order to try to level a playing field skewed in favour of the Duke and Duchess of Sussex following that Oprah interview. For Telegraph readers and other clinically insane types, this might have worked: the copy was so obsequious, fawning and playing to the gallery, if not the royal box, that I wanted to throw up into my granola.

Take Seyi’s reminiscence of the night he spent “bedded down side by side on sheets of cardboard under Blackfriars Bridge, 12 years ago” with the “friend” he affectionately calls “PW”: “He poked fun at me endlessly because I don’t do well in the cold. He’d camped out with the army. I said, ‘It’s all right for you, I’m older and I’m not a soldier!’ We both laughed. That’s the Prince William I know.”

Let’s just get one thing straight: Despite some occasional ribaldry, I have nothing but the utmost respect for the good work and service to the nation that both Prince William and his father, Prince Charles, have executed over the years. Let’s not even get started on the Queen. My grandfather, Sir Kenneth Stoby was knighted in 1960 for services to the British Empire, so I’m practically royalty myself. And in 2003 I gave a speech to my alma mater, London Metropolitan University, in the presence of its patron, HRH the Duke of Edinburgh, or “DE” as I like to call him.

Let’s get one other thing straight: I also have nothing but maximum respect for Mr Obakin. Anyone who knows anything about the magnificent work Centrepoint does to alleviate homelessness knows that his record speaks for itself.

But here’s the “however.”

When the British press isn’t doing its best to amp up racial tensions by regurgitating racist bile, peddling 19th century ethnic stereotypes, pandering to the most porcine elements of bullshit Britain, or constantly reinventing the constructed wheel that is “race politics,” it’s up to other insidious but less obvious tricks.

As evidenced by Wills and Seyi’s little buddy movie, when black people aren’t being written out, redacted or airbrushed out of legitimate stories, we’re being shoehorned into narratives to save someone’s bacon via what can best be described as (in a theatrical sense) the ‘magical negro’ trope: a counsellor, guide, sidekick or guru in a white character’s journey toward self-actualisation or redemption.

For all its liberal, diversity bullshittery, Hollywood loves a magical negro. Driving Miss Daisy, The Help, Glory, The Blind Side, Amistad, Mississippi Burning, To Kill a Mockingbird… the list of movies that deliberately side-line black stories and characters, often subverting or fudging history in order to extol the virtues of ‘white saviours’ is endless. As Spike Lee said backstage at the 2019 Oscars after his movie ‘BlacKkKlansman’ lost out to ‘Green Book’ in the Best Picture category, “Every time somebody is driving somebody, I lose!”

White saviours are, of course, the real drivers, with the magical negro sat firmly in the passenger seat. But this isn’t simply a dodgy fictional trope.  As the author Teju Cole says of “white saviour industrial complex,” it describes “white-centred intervention in Africa” and its attendant “big emotional experience that validates privilege.” Liberal white guilt allows white people to colonise black oppression through positioning themselves as ‘victims’ on par with black people by communicating moral superiority, often via the MSM, over their less educated or sophisticated white kinfolk. ‘Good’ white people are fighting the fight, feeling the pain and taking the knee, while ‘bad’ white folk are thinking about what’s on telly and in the fridge. Whatever way you look at it, black people are squares on a board in which all the pieces are white.

A notable example of this liberal racism reared its ugly head in 2019 after an Instagram picture of grinning TV personality Stacey Dooley posing with a nameless, voiceless Ugandan orphan was released as part of charity Comic Relief’s fundraising efforts. Dooley claimed it was all for the greater good; the implication being why are these uppity blacks complaining when we’re trying to help them? But many observers with a little more experience of being pathologically “othered” by Eurocentric elites thought enough was enough. Tottenham MP and Shadow criminal justice secretary, David Lammy, fingered Dooley as a ‘white saviour,’ claiming that her social media stunt perpetuated “tired and unhelpful stereotypes” about Africa.

Dooley hit back, via Twitter, natch, with this sideswipe: “David, is the issue with me being white? (Genuine question),” adding, “Because if that’s the case, you could always go over there and try [to] raise awareness?”

By “there,” of course, Dooley meant Africa. All of it.

Fortunately, after 35 years of using cute little black kids as the backdrop to its activities, Comic Relief saw sense in 2020 and announced that it would no longer be sending celebrities to Africa, nor portraying an entire continent with “images of starving people or critically ill children.” The brouhaha is said to have cost Comic Relief’s 2019 Red Nose Day a drop in TV viewers and an £8 million hit in terms of money raised that year, resulting in the lowest fundraising tally since 2007.

While detractors have moaned that Lammy’s intervention meant a bunch of poor folks had to go without, he spoke for millions of black people in Britain and the diaspora who are sick and tired of being used as props, performers and patsies in white psychodramas. Taking the knee is all well and good; but when it’s used as cheap virtue signalling, or when reactionary toads grab the nearest black person and cling to them like a life raft all because they’ve been called out for bigotry, progress turns into farce. This is especially the case in the US, where police chiefs, politicians and a plethora of statist poseurs routinely assemble black people, often in uniform, in and around this week’s embattled white powerbroker, just for the ‘optics.’

I experienced this first-hand on the US election campaign trail in 2008. Riding shotgun for a double-page spread with former Mail on Sunday columnist Suzanne Moore (while ironically the one who came up with the idea and did all the driving), we travelled nearly 1,000 miles from Louisville, Kentucky through West Virginia and Virginia on our way to Washington DC. Our mission: to find out – from both black and white perspectives (but mainly white) – to what extent race would dictate who would become the 44th President of the United States of America.

At one point, we blagged our way into a John McCain rally in Woodbridge, Virginia, after a shadowy looking elderly Republican Party reptile grabbed Suzanne and me and ‘framed’ us as a ‘mixed-race’ couple – an honour which put us conveniently on stage with an array of multiracial types, ex-vets, LGBTQs, Super Mario-looking workers, hip young things and others straight out of Central Casting. Flanking the late senator and clearly in the crosshairs of the TV cameras, here I was playing the diversity card for the GOP at a rally attended by the whitest crowd I’d seen since Spurs beat West Ham 5-0 in the 1987 League Cup quarterfinal.

Despite still feeling used, I take pride knowing I was nothing more than a ‘Chekov’s gun’ that backfired on McCain’s campaign, and at some subatomic level helped Barack Obama get elected, seeing how put off the good people of Woodbridge probably were at seeing my black face off-centre stage.

All of which leads us to the moral of the story. Whether it’s Martha Stewart flipping signs with Snoop Dogg after getting out of jail, D-list celebrities and NGO types posing with Ugandan babies like they’re in a Belgian human zoo, or Donald Trump (the self-styled “least racist person” in the world) giving campaign trail shout outs to “his” blacks, it’s time for white people on the verge of reputational, political or nervous breakdowns to sort themselves out and stop using black people as human Zimmer frames and emotional crutches. Enough of the gestures. Just get your shit together. It’s not big, it’s not clever, and it’s certainly not regal.