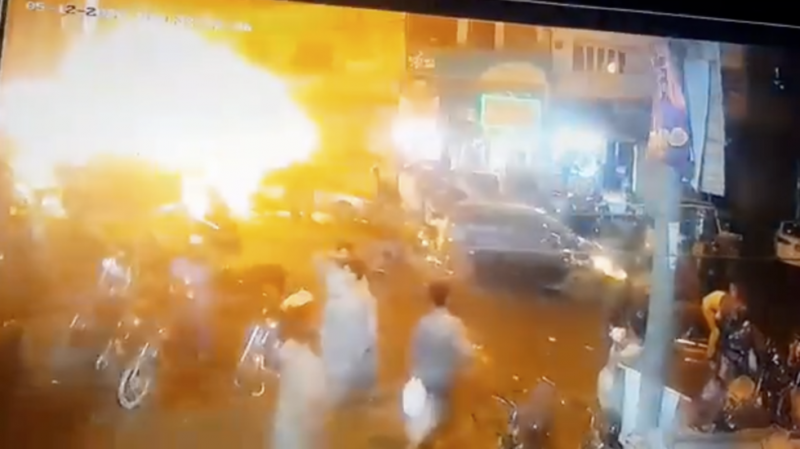 One person is dead and 13 injured following an explosion in the bustling neighborhood of Saddar in the Pakistani city of Karachi on Thursday. The blast in the country’s largest city was caused by an improvised explosive device (IED) planted in a motorcycle on the busy Dr Daud Pota Road, Deputy Inspector General South Sharjeel Kharal told local media.

Video footage from the scene posted to social media shows a sudden flash followed by billowing smoke as bystanders flee the area. Other clips show multiple wrecked cars and motorcycles and snarled traffic as emergency vehicles attempt to penetrate the chaotic scene.

Another source told local media the IED planted in the motorcycle was detonated remotely. A government vehicle was said to be passing through at the time of the blast.

Karachi’s public hospitals have had an emergency declared, and one hospital reportedly has four individuals in serious condition with injuries caused by ball bearings.

READ MORE: ‘Something is rotten in the state of Pakistan’: How Islamabad’s stance shapes the region

A bomb disposal team has been called to the area, and the police’s counter-terrorism department is reportedly at the scene.