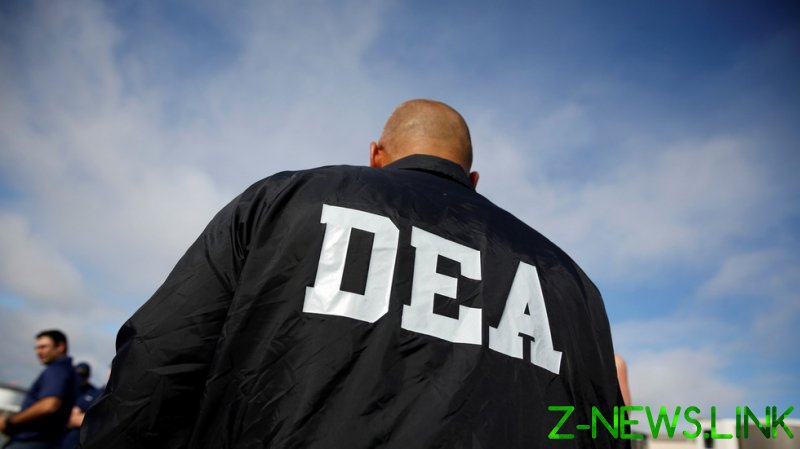 Judge Charlene Honeywell handed down the sentence on Thursday, suggesting in her statement to the Associated Press that the DEA should share the blame. Other agents corrupted by the “allure of easy money” must also be investigated, she said, observing that while Irizarry was “the one who got caught,” it was “apparent to this court that there are others.”

Irizarry wept at his sentencing, lamenting his worst punishment was not being able to explain to his two young daughters why he would be gone for so long, according to the AP.

The convicted ex-special agent resigned in 2018 and pleaded guilty in September to multiple charges, including conspiracy to launder monetary instruments, honest services wire fraud, bank fraud, and conspiracy to commit bank fraud. Prosecutors charged he managed to steal over $9 million from undercover drug investigations by diverting the funds into accounts owned by him and his co-conspirators.

Irizarry then received “bribes and kickbacks worth at least $1 million” for himself and his family. His partners in crime were not the sort you’d expect to see doing business with a drug interdiction agent. One, the leader of a Colombian drug-trafficking organization, became so close with Irizarry that he was named godfather to his children.

Another co-conspirator, identified as a “public official” in Colombia, allegedly used his share of the stolen cash to buy a Lamborghini from a Miami, Florida dealership. Irizarry himself used his ill-gotten gains to buy a massive house in Cartagena, Columbia and a Land Rover, as well as jewelry for his wife.

The scheme saw Irizarry filing false reports on investigations, leading his co-workers at the DEA to document the wrong details of wire transfers, allowing the true amount of drug profits to remain unknown to the US agency while Irizarry and his co-conspirators spent the money themselves.

His wife, who benefited from his crimes and helped him launder his money, had already pleaded guilty to a conspiracy charge and was sentenced last December to 60 months of probation. She was ordered to surrender a Tiffany diamond ring her husband had bought her with the stolen loot.

The pair were arrested in February 2020 near their home in San Juan, Puerto Rico.