News of the casting was initially leaked online when Grace posted a photo from the film set on Instagram, tagging Aquino and captioning the photo with “Barbara and Alysia.” However, the casting has now been officially confirmed. 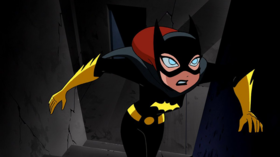 The casting marks the first time a major transgender character will be featured in a big budget DC Extended Universe film, amid increased efforts to broaden LGBTQ representation in superhero films. Previously, the CW series ‘Supergirl’ – also a DC property – introduced the first transgender character in a superhero TV series, with several other DC shows prominently featuring lesbian characters, such as Batwoman played by Ruby Rose. Plus, DC’s animated series ‘Harley Quinn’ ended its second season with Harley and Poison Ivy falling in love, and the DC film ‘Birds of Prey’ featured a lesbian police detective played by Rosie Perez. Marvel has also made strides towards more representation, revealing Loki, played by Tom Hiddleston, as pansexual and including a same-sex couple in the ‘Eternals’ film.

‘Batgirl’ is being directed by Adil El Arbi and Bilall Fallah, who previously worked on ‘Bad Boys for Life’. It also stars J.K. Simmons as Jim Gordon, Brendan Fraser as the main villain, Firefly, plus Michael Keaton as Batman and Jacob Scipio in an unknown role. The film is expected to premiere sometime this year.