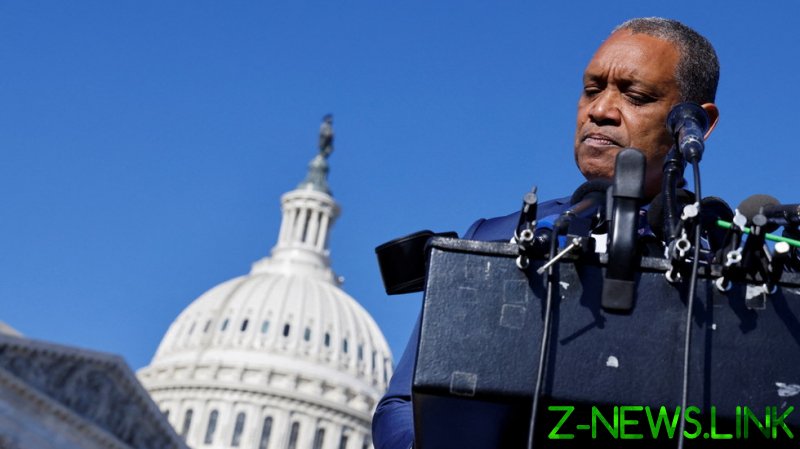 “Today, we’re holding these insurrectionists accountable for conspiring to terrorize the District by planning, promoting, and participating in the deadly attack on the Capitol,” Racine announced on Tuesday. “I’m seeking damages in this case and will keep working to ensure such an assault never happens again.”

He called it the first civil lawsuit by a government entity against the “insurrectionists” who “caused extensive damage to the District, our democracy and particularly the brave men and women of our Metropolitan Police Department.”

Racine, a Democrat, compared the January 6 riot to the 9/11 terrorist attacks and called the participants “vigilantes, members of a mob, insurrectionists who sought to crush our country’s freedoms.”

The lawsuit will be filed at the federal district court in DC, and is based on the 1871 Ku Klux Klan Act – the same grounds recently used by Democrat nonprofit Integrity for USA, to sue several people involved in the 2017 Charlottesville, Virginia rally for $26 million in damages.

Racine is asking the court to hold the two groups liable for the millions of dollars spent to deploy the MPD to the Capitol during the riot, as well as the expenses to treat more than 140 injured officers afterward. His lawsuit is supported by the States United Democracy Center, a nonprofit co-founded by former Obama ethics czar Norm Eisen.

Hundreds of people, including supporters of then-President Donald Trump, stormed the Capitol on January 6 and interrupted the joint session of Congress just as several Republican members objected to certifying the 2020 presidential election results for Democrat Joe Biden.

Though Democrats and many mainstream media outlets have referred to the incident as an “insurrection,” none of the more than 500 people arrested and held without bail in relation to the riot have been charged with that specific crime.