DC mayor taps NATIONAL GUARD for Trump rally, gets reminded that MAGA crowds ‘aren’t the ones that torch & loot’ 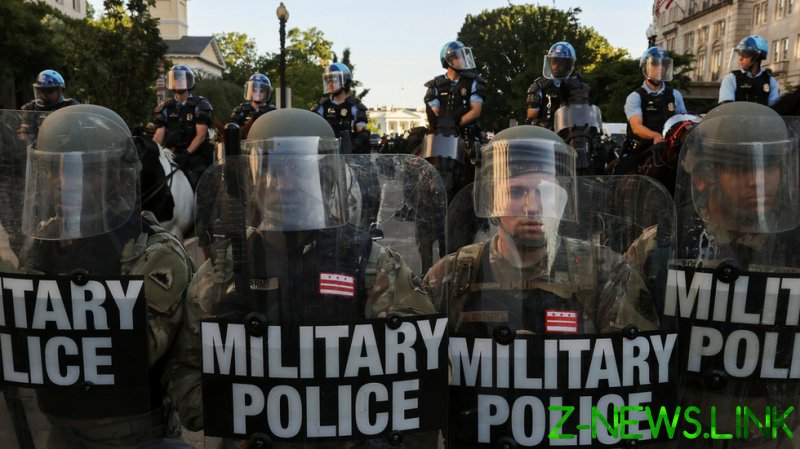 Bowser’s office told media outlets on Monday that she had asked the National Guard to send about 340 unarmed troops to help District of Columbia police and firefighters manage demonstrations by supporters of President Trump, but noted only 115 would be deployed at once. The mayor advised Washington residents to stay out of the downtown area and refrain from engaging with protesters who “come to our city seeking confrontation.”

Ironically, the mayor made no such call for military help when Black Lives Matter protesters set fires, vandalized national monuments and hurled rocks and bottles of urine at Secret Service agents earlier this year. In fact, Bowser in June called on Trump to withdraw National Guard soldiers and other federal forces who had been deployed to help quell riots.

The mayor even renamed a street in front of the White House as “Black Lives Matter Plaza” and ordered the BLM slogan to be painted on the pavement in giant letters. On Monday, conservatives reminded her that it wasn’t MAGA protesters who caused havoc in the city.

Self-described “classical liberal” Sally Eastman agreed, saying, “Muriel Bowser is a coward. She cannot fathom that a few hundred thousand people could peaceably assemble to protest because all she understands is rioting and looting.”

BLM and Antifa activists have had violent clashes with conservatives at gatherings in Washington last year. People leaving Trump’s Republican National Convention speech at the White House in August, including Senator Rand Paul (R-Kentucky) and his wife, were accosted by mobs of leftist protesters. Bowser, however, blamed Trump supporters for violence that erupted following demonstrations.

Bowser told reporters on Monday that guns won’t be permitted at this week’s protests, and she may impose a curfew. Washington Police Chief Robert Contee said his department received information indicating that some people plan to bring guns to the city.