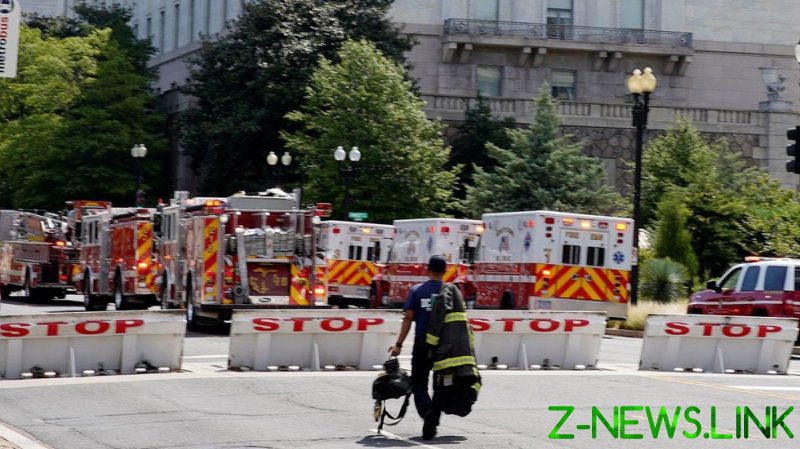 Roseberry, 51, has been charged with threatening to use a weapon of mass destruction and attempting to use an explosive device. Outside of the Library of Congress on Thursday, Roseberry warned Capitol Police he was armed with a bomb that could wipe out more than two city blocks. In a subsequent livestream, he demanded to speak to the president and said his death would set off a “revolution.”

Roseberry has also been ordered to go through a competency hearing after not taking prescription medication for multiple days and claiming he struggled understanding the court proceedings.

He reportedly referred to his treatment as “mind medicine” and said that without it, he has difficulty recalling events, including yesterday’s standoff with law enforcement, which ended with Roseberry surrendering himself to police. Bomb-making materials were discovered in the North Carolina man’s truck. The area was evacuated earlier in the day, after Roseberry made his threats known to police.

Court documents also revealed that a relative of Roseberry’s in North Carolina had previously contacted the FBI, saying he was allegedly threatening “acts of violence” in Washington, DC. The suspect’s home will be searched by federal and local authorities on Friday. Besides years-past marijuana charges and a dismissed breaking and entering case, Roseberry has no serious criminal history.

Roseberry had made comments critical of the president and in support of conservative causes on his Facebook page, which has now been taken down. He will remain in custody while his case proceeds.