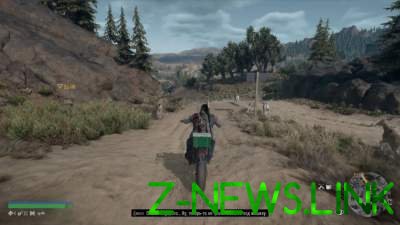 Today the sale on physical media represent only a small part of total sales.

Zombie shooter in an open world Days Gone (in Russian localization – “Life after you”) was the most successful game in terms of sales on physical media in the UK in the first week after launch.

An impressive result for a project in a completely new universe, because Days Gone surpassed the launch sales of even such successful sequels like Resident Evil 2 from Capcom or Far Cry: New Dawn and Tom Clancy’s The Division from Ubisoft 2. However, start of sale Days Gone physical media is still inferior to the volume of PS4 exclusives such as restarting God of War or Marvel’s Spider-Man.

On the second place on sales volumes on physical media in the UK is the fighting game from NetherRealm, but the most successful game of the last week, World War Z, dropped down to 10th place. It is curious that, despite the good result, the sales of Mortal Kombat 11 on the discs was almost twice lower than in Mortal Kombat X 2015.

But it is important to note that today the sales of physical media are only a small part of total sales (data from Chart-Track does not include digital sales on platforms like the PlayStation Store or Steam). A better measure, perhaps, is the fact that sales of Mortal Kombat 11 was higher than in Injustice 2 in 2017 – another fighting game from NetherRealm.

In General, the ten best-selling games last week in the UK on physical media looks like this: