Home / business / Day in the ATO: militants violated a truce

Day in the ATO: militants violated a truce 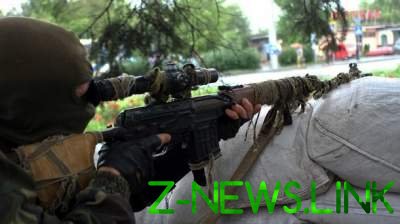 The enemy’s actions indicate an interest in further escalation of the conflict, according to the headquarters ATO

Fighters again broke the truce in the Donbas, three times breaking the ceasefire over the past day, the press center of staff ATO.

So, the rebels yesterday afternoon cynically fired on units of the Armed forces of Ukraine, which perform tasks near Lugansk, Avdeevka and Lebedinsky. In the headquarters of ATO believe that such evil actions of the Russian mercenaries indicate interest in further escalation of the conflict and demonstrate a reluctance to observe the ceasefire.

Because of the aggressive actions of the militants, the Ukrainian military suffered losses. As a result of enemy sniper fire killed one serviceman of VSU. He received injuries incompatible with life in the area Svetlodarsk arc.

Over the past day recorded three cases of ceasefire violations by militants.

At the headquarters of ATO remind you that the Ukrainian military ensure that all the steps to maintain the ceasefire along the line of differentiation of the parties and adhere to the Minsk agreements.

As reported, on the eve of the armistice, December 22, fighters 22 times violated the silence regime, which the Ukrainian military suffered losses. As a result of enemy attacks one soldier was wounded, another was fighting an injury and, unfortunately, Ukraine has lost one defender.

We will remind, on 23 December entered into force on new year’s truce, which recently failed to agree at talks in Minsk.