Home / business / Day in the ATO, injured two soldiers of the APU

Day in the ATO, injured two soldiers of the APU 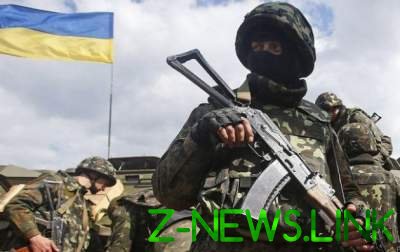 At the Luhansk direction militants used rocket and tube artillery.

The situation in the ATO area remains difficult. The Russian occupation troops are increasing fire activity along the line of contact. The enemy often uses artillery and other Minsk agreements prohibited weapons.

For the past days the invaders 23 times opened fire on positions of Armed forces of Ukraine. About ten armed provocations were carried out using artillery, mortars and tanks. In addition, the militants shelled the front-line settlements, which also hurts the local civilian population. The lion’s share of applications invaders weapons against the Ukrainian defenders occurred at night.

On the Lugansk direction about 20.00 the Russian occupation troops fired from cannon and rocket artillery 152-caliber defenders Zaytsevy. The bombardment lasted about two hours, and there were about a hundred shells. As a result of these attacks one of the shells fell in the private room of local people on the street Kolyadenko, 34.

Also in this area, the militants fired mortar shells caliber 120 mm defenders Lozovoy, and 82 mm – the strongholds of our soldiers near Novgorod and Lugansk. The positions near Novgorod the tank shot.

On the Donetsk direction, the enemy fired more than a dozen mines of calibre of 120 mm in the area of Varnetresk.

In addition, different parts of the front the enemy is also actively used the whole range of infantry weapons. Under attacks of the invaders were the defenders of a number of frontline settlements in Lugansk and Donetsk regions, including the outskirts of Svitlodarsk, Holy Trinity, Novgorod, Krasnogorovka, Starohnativka, Novotroitsk and the plant.

Despite the fact that enemy fire was thick enough, almost every attack members of the Armed Forces of Ukraine responded to the aggressor aimed fire.

As a result of enemy attacks on two Ukrainian defenders was injured. They were given immediate medical attention. Threats to their life there. 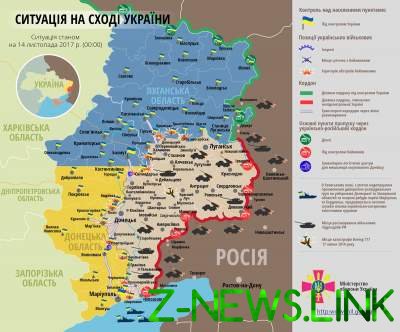