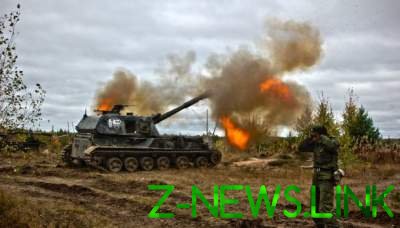 Over the past day the militants of the 22 times opened fire on positions of forces ATO.

“In General, over the past day, Russian-terrorist troops 22 times broke the silence mode.

In the cases that represented the greatest danger to staff, the Ukrainian soldiers gave the aggressor adequate fire response”, – the press-center of staff ATO.

As noted, the evening before new year a truce was calm in the ATO area. Russian occupation forces continued to flagrantly violate the ceasefire and carried out a well-aimed attacks on positions of the Ukrainian Armed Forces, using prohibited mortars and artillery.

In the Luhansk direction, in the second half of the day, the enemy of 122-mm artillery systems fired at our positions on the outskirts of the Old Aydar. Mortars 120 caliber opponent used pfobnybrf[ Trinity, May and Luhansk. Defenders of Novoaleksandrovka and Zaytsevy Russian mercenaries fired from infantry fighting vehicles, grenade launchers and machine guns.

In the direction of Donetsk under mortar fire of the invaders captured the strongholds of ATO forces near Avdeevka, Food and Pavlopol.

The staff reported that as a result of enemy fire wounded one soldier, another was fighting an injury and, unfortunately, Ukraine has lost one defender.