Home / WORLD / Day 3 of the DNC showed the Democrats love Obama, hate Trump, and have no new ideas

Day 3 of the DNC showed the Democrats love Obama, hate Trump, and have no new ideas 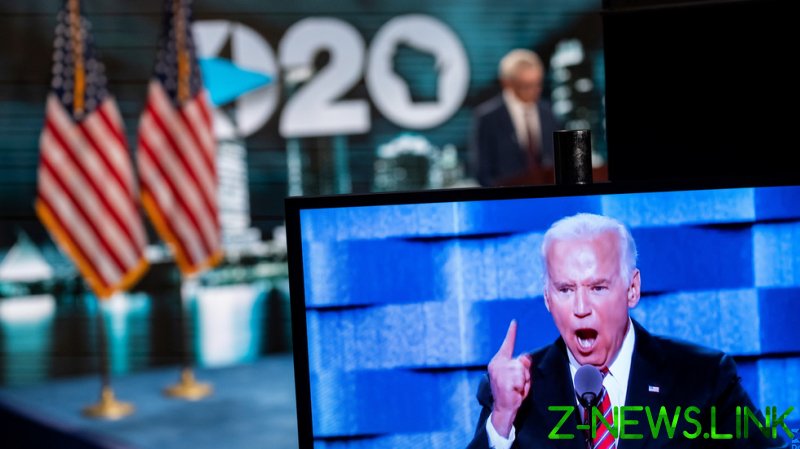 On the third day of the virtual Democratic National Convention, they finally wheeled out the big guns. We got to see former president Barack Obama and hear exactly what he would say in support of Joe Biden. We listened to privileged teenage singing sensation Billie Eilish telling us that America is ending and there is no such thing as democracy.

It’s clear the Democrats have a very specific picture in mind that they intend to paint with their convention. Though the past two days were heavy on “orange man bad” rhetoric, day three was even worse. The goal was to portray America as an inherently racist place that can only be cured if you vote blue.

Now, there isn’t much one can say about trotting out a singer such as Billie Eilish and having them complain about things they don’t understand. But what I find more nefarious is having a former president come up and trash the current one, as opposed to simply talking up the presidential nominee. Think back to events past: we didn’t see George W Bush chewing out Barack Obama on behalf of Mitt Romney.

Even if you’re not interested in the traditions of supposed political politeness, you’d have to admit Obama attacked Trump with some brutal statements that ring hollow if you know anything about Obama’s own tenure as president. All of a sudden, the person who said he was going to govern with a pen and subvert Congress is a huge fan of the Constitution and democracy. Whether you agree with Trump using executive action or not, it’s 100 percent hypocritical of Obama to act as if he never did so himself.

As for Kamala Harris, her speech was about as intersectional as it could get. There was a lot of focus on gender and a lot of focus on race. One thing hers had in common with Obama’s was their portrayal of the United States. Their view of the country is aligned with that of the New York Times’ 1619 Project – a historically inaccurate piece of political propaganda so detached from reality that it should be filed in the fiction section.

One of Harris’s uninventive, but widely quoted platitudes was “there is no vaccine for racism.” We are over a hundred years removed from slavery, and 50 years removed from the Civil Rights marches. The US is not 1950s Alabama, and the consistent portrayal of this nation as such is ridiculous. Keep in mind that the two people who are currently claiming this most loudly are biracial, and that both served as senators.

The funniest part of all is that this is the first day of the three on which I can actually remember any policy being discussed. And this is where everything falls apart. What I saw was a harkening back to the Obama era coupled with more anger about the fact that Trump is the president. Three days in and it’s even more obvious than it was on day one that these folks learnt nothing from the 2016 election. Trump is still a reaction to the Obama era. If they cannot give anyone anything aside from silly platitudes with no basis in reality, or more “orange man bad,” then the Democrats better not be scratching their heads if they lose the election again.