“Dawn” most are unable to put the squeeze on “lions” 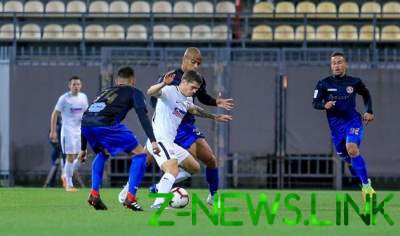 The third match of the 21st round of the Premier League also ended in a goalless draw.

“Lions” and “dawn” vigorously attacked throughout the match, however, with the end goal attacks both teams have serious problems to solve that they could not.

The players of Zorya has collected six yellow cards, but ironically this was at the “Lviv”. In the 80th minute for rough play in center field for the second yellow card received Paramonov.

Most of the “Zarya” attempted to snatch the three points, but bandura was against the goalkeeper “Lviv” dragged a shot Karavaeva and saved his team a draw.

“Dawn” after a draw in Lviv secured a fourth place in the first part of the season because of wards Yuri Vernidub has the advantage over the “Mariupol” for personal meetings.

Lions still have a chance at getting into the top 6, but for this task of the team of Yurii Bakalov may not be enough of a victory in the away match against the “Gums”.