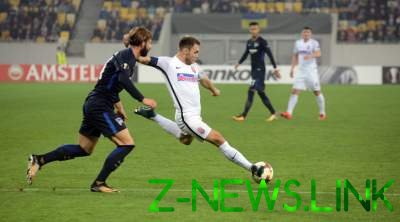 Three matches kicked off the 28th season of the championship of Ukraine on football.

Zarya opened the season strong-willed victory over the “Mariupol”. Churko on goal from the penalty spot early in the second half with an accurate header said Gordienko, and the winning goal five minutes before the final whistle scored Karavaev, Bykov punished for an unsuccessful discount on the goalkeeper.

“Alexandria” in the end of the match naturally pressurized “Karpaty” and extended their unbeaten streak with “white-green” to five matches. The three points the team of Vladimir Sharan brought the exact beats Tsurikov, who scored after a corner, and the Sexton, closed flank transfer Sitalo.

Coaching duel of the debutants of the Premier League of Gilmara da Silva Tadeu and Fabrizio Ravanelli ended with a confident victory of the Brazilian and his “lions”. The scoring was opened by Voronin after a penalty kick, and in the second half, a Trap for small rebound in the beautiful arch has sent a ball into the far top corner.

See also:  In Kyivenergo informed, how Affairs with preparation for the heating season