Home / WORLD / Dave Chappelle’s new Netflix special is brilliant, so the woke are gunning for him again with cries of transphobia and homophobia

Dave Chappelle’s new Netflix special is brilliant, so the woke are gunning for him again with cries of transphobia and homophobia 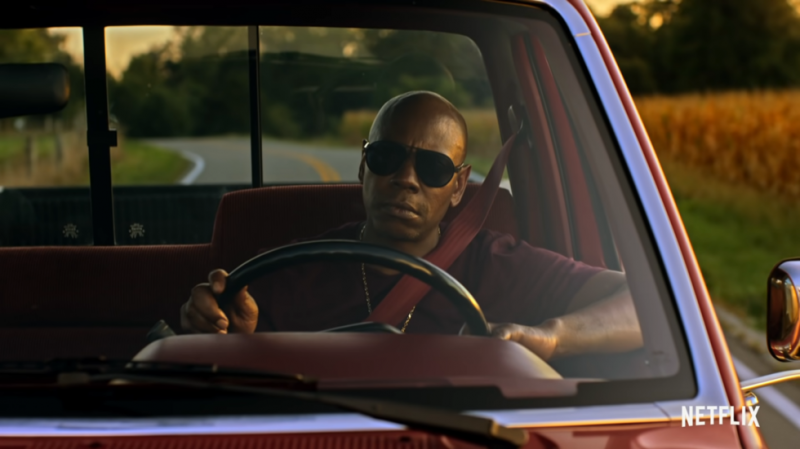 Firebrand comedian Dave Chappelle’s latest Netflix stand-up special ‘The Closer’ has, not surprisingly, been met with outrage by all the usual woke suspects.

Headlines like “Dave Chappelle faces backlash for troubling trans jokes” from Newsweek, and Deadline stories declaring that the “executive producer of ‘Dear White People’ is ‘done’ with Netflix” because the streaming service dared run Chappelle’s “homophobic” special, jump out when Googling the comedian’s name.

Chappelle has a woke bullseye on his back once again, because in ‘The Closer’ he simply does what every great comedian is supposed to do: humorously speak truths that ordinary people are too intellectually conditioned or socially cowardly to dare articulate.

And make no mistake, Chappelle is unquestionably the greatest stand-up comedian of his generation, and is in the discussion of the best stand-up comedians of all-time. And while ‘The Closer’ isn’t nearly his best effort, it does nothing to damage his prestigious position atop the comedy world.

Chappelle opens ‘The Closer’ by informing his audience that this is going to be his “last special for a minute.” Like Michael Corleone, Chappelle is settling all family business with the aptly titled show, and there was a lot of business stirred up by his recent run of six extraordinary Netflix specials, from 2017’s ‘The Age of Spin’ through to 2019’s ‘Sticks and Stones’.

Chappelle’s uproarious evisceration of the sensitivities and absurdities of white feminists, the LGBTQ community, and trans people in particular, in those numerous Netflix specials has been what has made him public enemy number one among the woke.

In ‘The Closer’, he once again pulls no punches and peppers his audience with quality bits, like his children’s book titled ‘Clifford the Big Black N***er’, and his movie idea involving a conquering group of entitled aliens returning to Earth – titled ‘Space Jews’ – both of which are masterly woven and defiantly delivered.

It’s his jaunt through the minefield of feminism and LGBTQ issues, though, that has once again riled the reactionary woke brigade and incensed the Torquemadas of Twitter. For instance, Chappelle’s blistering insights regarding the class and race issues woven into feminism, #MeToo’s performative idiocy, and the notion that “gays are minorities until they need to be white again,” are ruthlessly on point.

It’s when he wades once more into the dangerous waters of transgenderism, though, that he is most brutally effective as both a comedian and a philosopher, and is no doubt most offensive to those with delicate sensibilities laying prone on their fainting couches.

Chappelle declares himself, like Harry Potter author JK Rowling, to be a TERF – trans-exclusionary radical feminist. He also says “gender is a fact,” and that transwomen are the equivalent of blackface – both of which are such blatantly obvious notions, yet are so aggressively labelled anathema in culture today as to be blasphemous.

The hilarious heresy continues when he points out that Caitlin Jenner (formerly Bruce Jenner) won a Woman of the Year award the first year she was ever a “woman,” despite never having menstruated, which in Chappelle’s eyes is like Eminem winning “N***er of the Year.”

Chappelle then shows off his comedic craftsmanship when he subtly shifts gears towards the end of the show while recounting the tale of his friendship with a trans comedian named Daphne. This sequence is exquisitely executed and funny, but also remarkably poignant and moving.

Chappelle is accused by the woke of ‘punching down’ with his comedy, meaning that he’s a bully against the defenseless and weak, like the LGBTQ community. But Chappelle goes to great lengths in ‘The Closer’ to point out the absurdity of this charge, as he observes the LGBTQ community’s enormous cultural power. Chappelle’s evidence for his claim is that the rapper Da Baby actually shot and killed someone in a Walmart in North Carolina and his career never wavered, but when he uttered homophobic remarks, the LGBTQ community quickly got him cancelled.

Nowhere is the woke’s cultural power so evident as it is when it comes to reviews of Chappelle’s own work. ‘Sticks and Stones’ was adored by audiences, who gave it a 99 rating on Rotten Tomatoes, whereas critics gave it a paltry 35% rating. You see, to the woke, especially those in the establishment media or those hoping to work in the establishment media, admitting Chappelle’s brilliance and genius is an impossibility, because it’s the equivalent of a hate crime.

The woke approach with ‘The Closer’ seems to be somewhat similar. I’ve read a few reviews of the show, all of them negative, but curiously enough, at Rotten Tomatoes, while the audience rates ‘The Closer’ at 96%, there is, at the time of writing, no critical score listed at all, and only one review posted (it’s negative).

It seems the woke are changing tactics regarding their boogie man Chappelle, and instead of signaling their virtue through their negative reviews, they’re simply ignoring him.

Unfortunately, Chappelle’s current deal with Netflix is up, and I wouldn’t be surprised if they didn’t have him back. The woke wave is a tsunami and it has overtaken all of Hollywood. Even if it costs them money, these streaming behemoths would rather signal their virtue and ‘allyship’ rather than give audiences what they want.

My recommendation is to go watch ‘The Closer’ and enjoy Dave Chappelle’s brilliance and comedic genius while you can, because the woke are gunning for him – and as much as it pains me to say it, they just might get him.