Dan’s the man for Islam: Hooker hailed as ‘savage’ as Kiwi ‘set to step in to face rising Russian UFC contender Makhachev’ 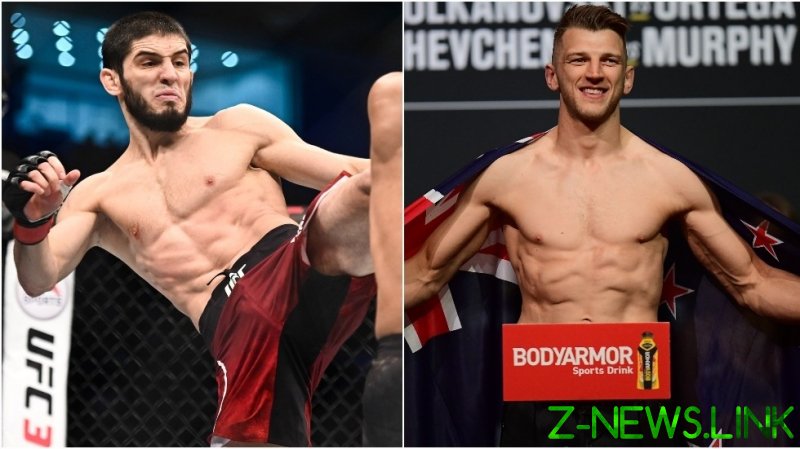 Hooker was last seen in action just this past weekend at UFC 266.

After overcoming visa problems to arrive in Las Vegas a day before the weigh-in, the New Zealander managed to make weight and then beat Nasrat Haqparast on the cards to improve to 28-10.

As game as ever, he will now try his luck against submissions expert Makhachev, who is unbeaten in six years on 20-1 overall, with just four weeks to spare until fight day on October 30 in Abu Dhabi.

“Do you really think I would fake a surgery coming out of another terrible injury?” Dos Anjos asked.

“Unlike you I have a family that depends on me and I don’t have another man paying my bills,” he scathed, in reference to Makhachev’s pal in retired 29-0 great Khabib Nurmagomedov supposedly propping him up.

Makhachev replied with another hashtag that read “Big Drama Show” in the mold of boxer Gennady Golovkin, and then called out a string of other fighters.

At least now the UFC appears to have delivered one of those names to him.

And Hooker will also be pleased after demanding the fight since the summer when he said that the “boring” rising Russian should “give Khabib his homework back”.

Online, fans hailed the 31-year-old Kiwi for stepping in.

“No freakin’ way. What a savage. This man will get all the street cred…again,” said UFC commentator John Gooden.

“Big respect for dan he is a true fighter,” wrote one fan, while another called Hooker “the real BMF.”