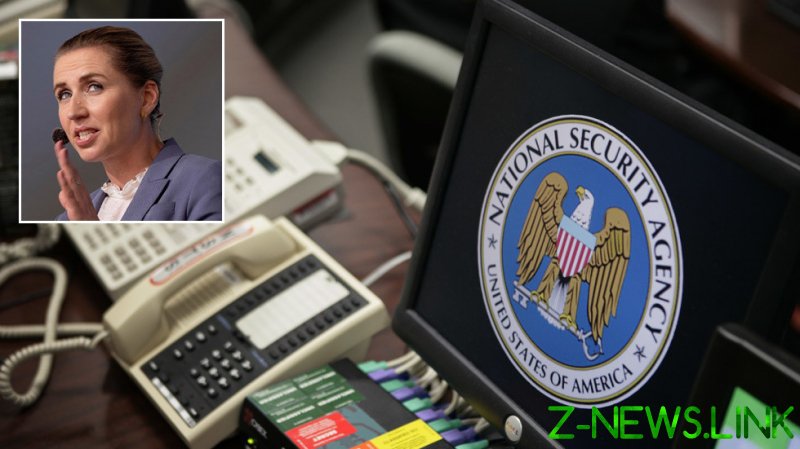 On Tuesday, Denmark’s public broadcaster reported that the US exploited its relationship with the Nordic nation’s intelligence agency to spy on political figures in France, Germany, Norway, and Sweden between 2012 and 2014.

Speaking to local media outlet Ritzau, Frederiksen claimed that, despite the concern among Denmark’s allies, it would be wrong to suggest “there is a need to restore relations with France or Germany,” with the PM adding that there is an “ongoing dialogue” between the states.

However, despite her defense of Denmark’s relationship with the affected nations, the Danish leader declared that “there must be no systematic monitoring of allies,” putting pressure on the US to clearly outline whether it has stopped engaging in those activities.

French President Emmanuel Macron and German Chancellor Angela Merkel used a press conference, following a virtual summit with one another, to jointly condemn the spying reports. Macron declared that the alleged actions of the US are not “acceptable amongst allies,” with Merkel reiterating that statement.

The White House has not denied the spying reports but did offer to work with its allies, including the nations reportedly spied on, to reassure them and answer any questions they might have regarding security matters.

This is not the first time allegations have been made about the US monitoring European politicians. Back in 2013, whistleblower and former NSA contractor Edward Snowden claimed that the agency had tapped Merkel’s phone. Tweeting in the wake of these new reports, Snowden accused President Joe Biden of having been “deeply involved in this scandal the first time around,” when he was serving as vice president.

“There should be an explicit requirement for full public disclosure not only from Denmark, but their senior partner as well,” Snowden added.