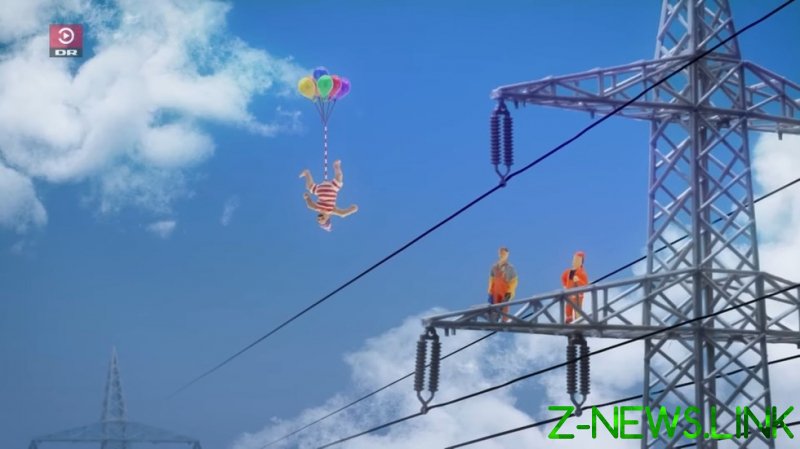 The new stop-motion animation series premiered on the Danish kids’ channel DR Ramasjang on January 2. The eponymous protagonist is a mustachioed man wearing striped strongman’s tights, whose equally striped tentacle-like penis has a sometimes mischievous mind of its own, much to John’s embarrassment.

On most occasions, however, the appendage helps him out in his daily chores – for example, barbecuing or walking a dog, as in the first episode. And, one day, it may even help him save the world, according to the series description.

One angry reaction on the channel’s Facebook page called it the “most distasteful and least child-friendly I’ve seen a channel for children in a long time.” Another rebuke said the show must be immediately removed because “children should not see” what is shown in it.

Critics claim the show teaches kids the wrong lesson about what “private” means in the expression “private parts,” and may potentially make children more vulnerable to sex predators.

Still, other Danes support DR Ramasjang. They say “John Dillermand” is really entertaining for children and adults alike, and fits well with the channel’s overall style. They dismiss the pedophilia concerns as a moral panic.

The channel stands by its creation, with the head of the company, Morten Skov Hansen, announcing it had involved experts in child psychology during production.

“There are many positive comments from parents who have used the series to talk to their children about the body,” he noted. “It should be fun for them.”

The series is to have 20 five-minute-long episodes in its first season, with more than half of them already released via the channel’s website.