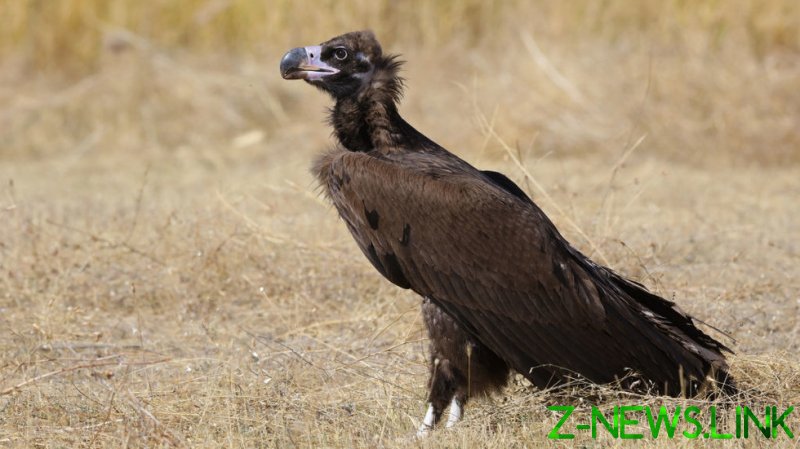 The death of a cinereous vulture – which is classed as a near-threatened species by the International Union for Conservation of Nature (IUCN) – was confirmed this week to be the first recorded case in Europe of an animal being poisoned by diclofenac, after feasting on the carcass of livestock.

Despite the fact that the drug killed tens of millions of vultures in India during the ’90s and ’00s, almost wiping out the population and putting many species in danger of extinction, diclofenac was never banned in Europe like it has been in India, Pakistan, Bangladesh, and Nepal.

Though it was argued that Europe would not experience the same problems as India because dead livestock is disposed-of more quickly and efficiently, the Royal Society for the Protection of Birds’ John Mallord told the Guardian that the claim “has now been shown to be wrong.”

“This is a hugely worrying development,” Mallord said, noting that if there are “several vultures feeding on a single cattle carcass, and if it is contaminated with the drug, you will kill them all just from a single feeding.”

Mallord also expressed his concern that the latest vulture in Europe to have died from diclofenac is far from being the first.

Bird conservationists have called on Europe and the Spanish government to ban the drug, with BirdLife Europe’s Senior Head of Conservation Ivan Ramírez calling it “absurd to keep insisting on licensing a drug that kills threatened species when there are plenty of other safe and cheap alternatives in Europe.”

SEO/BirdLife conservation coordinator also said in a statement: “We hope that no more cases are necessary for the Spanish Agency for Medicines and Health Products to definitively ban the use of medicines containing diclofenac for veterinary use.”

BirdLife estimates there are between just 7,800 and 10,500 pairs of cinereous vultures left around the world, and they are not the only species of vulture that is vulnerable to potential extinction due to the use of diclofenac in livestock.

As the Guardian noted, Europe is also home to populations of bearded, Egyptian, and griffon vultures, and the drug could also kill vulnerable eagle populations, including the Spanish imperial eagle, of which there are just 300 pairs remaining.