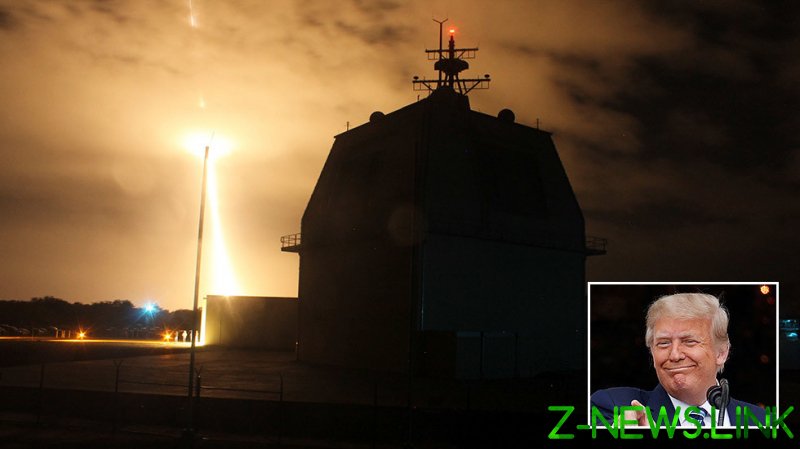 There is one thing virtually every arms control expert can agree on: extending the Strategic Arms Reduction Treaty, known as New START, past its February 2021 expiration date is essential for preventing a new nuclear arms race between the US and Russia. As such, it should be done even in the face of widespread disagreement over what a new arms control treaty would look like, and who would participate. Despite having previously discounted the need for such an extension, the Trump administration finds itself less than three weeks out from a contentious national election with the incumbent trailing in the polls and desperate for the opportunity to portray the president as being “presidential.”

Having reduced the US negotiating position to a simple “take it or leave it” proposition grounded in a series of demands – mandatory Chinese participation, inclusion of Russian tactical nuclear weapons, and the exclusion of NATO nuclear weapons, to cite but three – that Russia immediately dismissed as non-starters, Trump’s Special Representative for Arms Control, Marshall Billingslea, suddenly reversed course, flying to Helsinki to engage in last-minute talks with his Russian counterparts to not only extend New START, but also set the framework for a follow-on arms control treaty. To the surprise and dismay of the Russian negotiation team, on October 6, Billingslea issued a statement to the press applauding “important progress” in the talks, followed by a second declaration on October 13 announcing that the two sides had reached “an agreement in principle” on extending New START and implementing additional arms control measures that would be codified in a “gentleman’s agreement.”

Since that time, the US has deployed two controversial Aegis Ashore missile defense installations that can be equipped with an advanced variant of the SM-3 interceptor specifically designed to shoot down intercontinental ballistic missiles (ICBMs). While Russia has not made public the conditions under which it would consider any interim “gentleman’s agreement”, logic would dictate that such an agreement include missile defense, especially if it were being called on to freeze non-deployed nuclear warheads – the one area in New START where it holds a significant numerical advantage.

Not surprisingly, Billingslea’s announcement of an “agreement in principle” was quickly shot down by the Russian foreign ministry, which called the US Special Representative’s statement a “delusion” and a “fraud.” Russia’s Deputy Foreign Minister, Sergey Ryabkov, noted that the US conditions were “unacceptable” and added that it was unlikely that Russia would approve an extension of the New START treaty prior to the US presidential election on November 3.

In the world of arms control negotiations, a one-month delay in the resumption of talks is often a blessing in disguise, as it allows each side to regroup and refine their respective positions. For its part, Russia had apparently been prepared to incorporate two of its five new types of strategic nuclear delivery systems into the New START framework – a move that would greatly alleviate US concerns about a possible Russian ‘breakout’, even if New START were to be extended. But the unilateralist approach by the US negotiating team, which demanded much from the Russians without giving anything, alienated even the most stoic diplomats on the Russian side. As things stand, there is virtually zero chance that an agreement between the US and Russia could be reached prior to Americans going to the polls on November 3.

Despite having the door slammed in his face by his Russian counterparts, Billingslea continued to portray his negotiations with the Russians in an optimistic light that, at best, represented an unrealistic interpretation of actual events and, at worst, outright fabrication. “We believe that there is an agreement in principle at the highest levels of our two governments,” he said in remarks to the Heritage Foundation shortly after the talks in Helsinki ended. “That’s why I cut short my trip to Asia and made a beeline for Helsinki when the Russians called and wanted to sit down.”

Billingslea placed the blame for any misunderstanding between the US and Russia squarely on the shoulders of the Russian negotiating team, which he alluded to being out of touch with the intentions of President Putin when it came to New START. “I am hopeful that sort of gentleman’s agreement – that arrangement we believe has been reached at the highest levels – will ultimately need to percolate down through their system so that my counterpart hopefully will be authorized to negotiate,” Billingslea said. “We’re ready to strike this deal. We could strike it tomorrow, in fact, but Moscow’s going to have to show the political will to do so as well.”

In either case, his words, while seemingly directed at his Russian counterparts, were, in fact, intended for domestic political consumption. The fact is the Trump administration doesn’t need to actually have concluded an agreement with Russia prior to November 3 as much as it needs to project to the American electorate – especially those voters who view Trump as a master deal maker – the notion that the president is on the verge of such an agreement. In this way, the US delusion over a non-existent “agreement in principle” is transformed into the illusion of arms control. And that’s an act of political deception that might garner Trump the votes he needs come election day, but for which the American public will pay for in spades once New START expires and an arms race the US can’t afford becomes a reality.