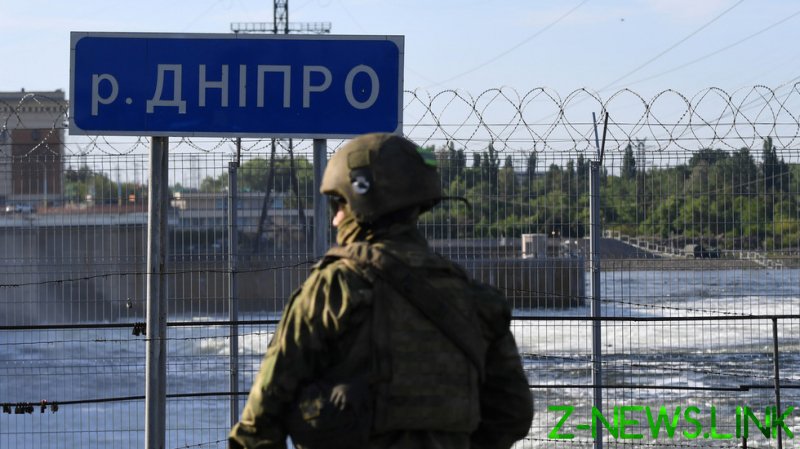 The key infrastructure, located on the Dnieper River upstream from the city of Kherson, can still be repaired, but it will require some time, Vladimir Leontyev, the mayor of Novaya Kakhovka, site of the hydropower plant and dam, told TASS on Sunday.

“I think with the use of modern technologies it can be repaired quite quickly. ‘Quite quickly’ in universal terms. We’re not talking about a few months, of course. It’ll take a year or more,” Leontyev said, adding that it was up to the experts to set the exact terms.

In recent weeks, Russia has blamed Ukraine for launching numerous strikes on the dam with the use of US-supplied HIMARS multiple rocket launch systems.

Moscow insisted that Kiev was attacking the facility in an attempt to cause major flooding in the Kherson area. The Ukrainian authorities have denied those accusations, claiming that Russia was itself planning to destroy the dam in a false-flag operation.

Russian Defense Minister Sergey Shoigu authorized the withdrawal of Russian troops from Kherson on Wednesday. General Sergey Surovikin, the commander of Russian forces in Ukraine, had argued that the move was required to prevent the needless deaths of soldiers and protect civilians from possible flooding.

According to the defense ministry, more than 30,000 Russian soldiers moved to the eastern bank of the Dnieper and took up defensive positions there, while more than 115,000 civilians were relocated from Kherson and surrounding areas since mid-October.

Two weeks ago, the relocation was expanded outside Kherson to a 15km (9.3 mile) zone on the left bank of the Dnieper, which included Novaya Kakhovka.

“Most of the city’s population [of some 44,000] have been evacuated by now,” Leontyev said, adding that people started leaving Novaya Kakhovka months ago amid missile attacks.