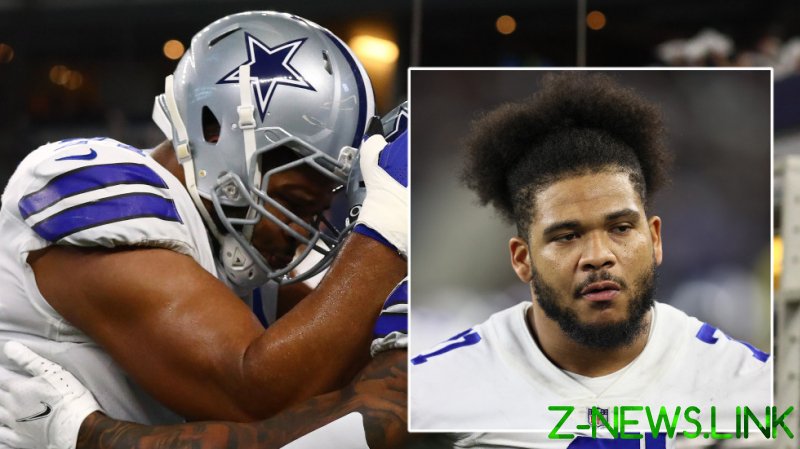 Collins, 28, who has been a starter for the Cowboys since 2015, was hit with the ban after reportedly failing to submit samples to several tests, as well as attempting to offer money to a test-collector to distort drug-test results, ESPN has reported sources as saying.

Former LSU man Collins is understood to have tested positive for marijuana and, while new rules state that players cannot be suspended for that offense, Collins’ punishment is related to his missed tests and the bribery allegations.

Specific information related to the bribery claims against Collins haven’t yet been made available.

His suspension comes after the NFL Players’ Association (NFLPA), which is led by Cleveland Browns center JC Tretter, assisted in negotiations to reduce Collins’ ban to just two games.

Collins subsequently appealed that suspension – only for an independent arbiter to rule that the five-game ban should be reinstated based on the evidence available.

Collins’ legal team is again launching an appeal, with ESPN quoting sources as saying that they expect the five-game ruling to be upheld, even after the player’s latest appeal. He has already served one game of the ban, missing his team’s win against the Los Angeles Chargers last weekend.

“We are extremely disappointed in how the NFL has handled this entire matter, from trampling on Mr Collins’ rights to prematurely releasing the information [while] knowing [that] a timely appeal was filed to intentionally misleading the court at the hearing,” said Collins’ agent Peter Schaefer earlier this month.

“The extent and effort the NFL went to to accomplish its ends is appalling.”

His appeal is expected to be unsuccessful, which would mean Collins will be eligible to return to action on October 18.

The ban will also hit him hard in the pocket, costing him around $2 million in gameday fees while also voiding the injury guarantee worth well over $6 million in his salary.

“Often with appeals, there’s a presumption that there’s nothing to lose. Not true with NFL-NFLPA grievance system,” explained sports legal expert Michael McCann on social media.

“La’el Collins faced a five-game suspension that was reduced to two due to negotiation of NFLPA, but he invoked his right to appeal and the arbitrator raised it back to five games.”

“Pretty bold if the thinking was that this wouldn’t come out during the hearing,” added another legal professional, Darren Heitner.

However, at least one Cowboys fan predicted that this might be a return to the good times in Dallas.

“As a Cowboys fan, I’ve got to say I welcome this,” he joked. “Our great run in the ’90s was fuelled in part by cocaine, so maybe this vibe is what we’ve been missing. We’re back, baby.”