NATO ships tried to approach the territorial waters of Crimea, suddenly received a harsh warning from the Navy of the Russian Federation – the shooting started did not allow the ships of the military Alliance even to approach the Russian borders and this is one of the most violent reactions on the part of Russia to actually provocative and aggressive actions of NATO. 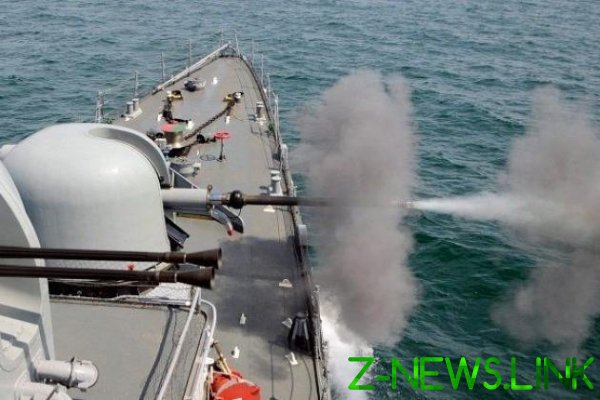 “Five NATO ships led by the destroyer Porter and patrol anti-submarine reconnaissance aircraft P-8 Poseidon conducted exercises in the Black sea. In message 6, the U.S. Navy said that the ships were engaged in tactical maneuvering and worked on the scripts of defense. From Bulgaria participated Corvette BGS Reshitelni, from Romanian frigate ROS Regina Maria, the Turkish Corvette TCG Kinaliada (F-514). Russian military found about a dozen areas that are closed until the end of June because of the exercise. Related messages NOTES about dangerous areas for flying appeared on the American government website DINS. It concerns how the neutral waters of the Sevastopol and southern coast of Crimea and North-Western part of the Black sea”, – about it reports the edition “EA Daily”, stressing that foreign warships were met by the Russian Navy firing.

It should be noted that without any problems yet there were, in particular, the Bulgarian Corvette and did almost violated Russian territorial waters – stop it could only the Russian military, warned about the probable violation and the subsequent reaction from the Russian side, after which, the ship of the country, a NATO member immediately turned and walked away in the opposite direction – unknown at this time whether the incident is a coincidence, or is NATO really trying unnoticed and penetrate into the territorial waters of Russia.