Daily Mail scrubs fake claim black actress was removed from Dune posters in China, but other MSM outlets still run with it 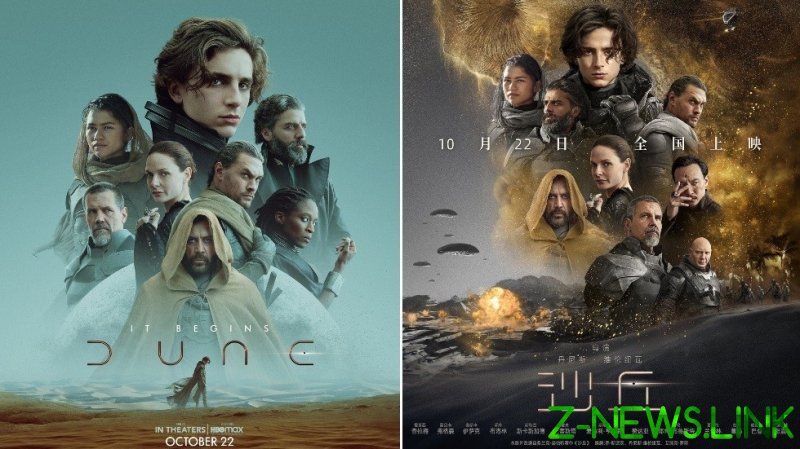 One of the characters in Denis Villeneuve’s fresh adaptation of Frank Herbert’s 1965 science fiction novel ‘Dune’ is played by black British actress Sharon Duncan-Brewster. If you read the British press, you may know how her images were supposedly purged from promotional materials in China, or something like that.

The narrative boils down to a claim that film producers in Hollywood made a poster specifically for the Chinese market, which excludes Duncan-Brewster’s character and features instead another one played by Taiwanese actor Chang Chen. The underlying implication was that greedy Western filmmakers cater to the tastes of biggoted Chinese audiences, who would be discouraged from a movie featuring a person of color.

Stories along those lines have been published this week by several English-language news outlets, including some heavyweights in Britain. For example, The Times ran this story. The Daily Mail has since deleted its version, but a tweet linking to it was still available on its Twitter account at the time of writing.

There was a good reason for taking down the story: its core premise is demonstrably false. In fact, commenters pushed back against it on the Mail’s Twitter account, showing examples of how both versions of the poster were used in China and in other nations. The one with Duncan-Brewster can also be easily found on Chinese news websites, movie databases and theater portals.

The claim appears to originate from a tweet posted last Sunday by the China Africa Project, which has since been deleted as well. It’s a US-based nonprofit news and analysis outlet that says it was initially self-funded, but has been receiving grants from the Ford Foundation since 2018. Its current coverage of Chinese engagement with African nations seems to be tilted to increase scepticism about Beijing’s intentions and the benefits that its partners would get for doing business with the Chinese.

Chinese media mentioned the misleading claim, explaining how common people in China accused the China Africa Project of trying to undermine Chinese-African relations by using altered images. The latter part is not true: the posters appear to be identical to those that the Hollywood giant Legendary, a film production company, dropped in the run-up to the movie’s release.