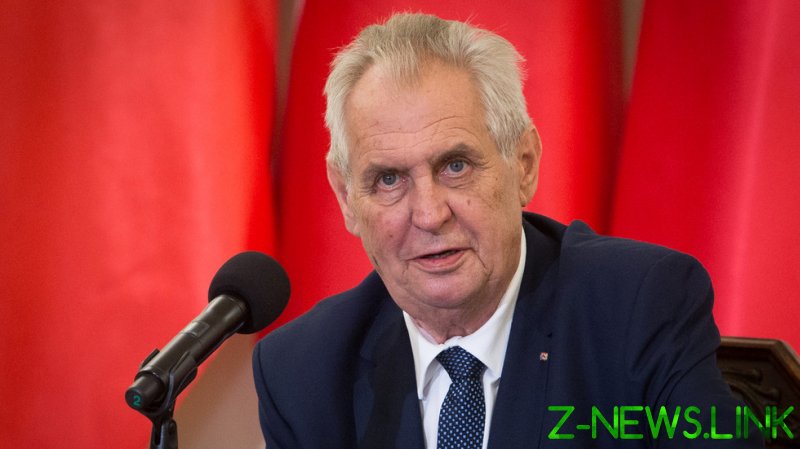 The emergency vehicle that transported the president had markings on it that indicated it was a mobile ICU, eyewitnesses noted.

In September, Zeman spent eight days in hospital, recovering from what he described as dehydration and mild exhaustion.

The 77-year-old, who has been the head of state since 2013, started using a wheelchair earlier this year due to neuropathy in his legs.

Sources cited by local media insisted Zeman’s hospitalization had been planned. Earlier this week, the president had canceled a TV interview scheduled for Sunday for health reasons.

A legislative election took place in the Czech Republic this week, with Babis’ ruling ANO party losing to the opposition by a narrow margin. The Together opposition coalition and their allies have claimed 108 parliamentary seats out of 200.

Zeman earlier said he would give the PM an opportunity to form a new government if he won a majority. However, if the opposition parties stick to their promise not to work with Babis, one of the country’s richest men, he would be forced to leave the position he has occupied since 2017.