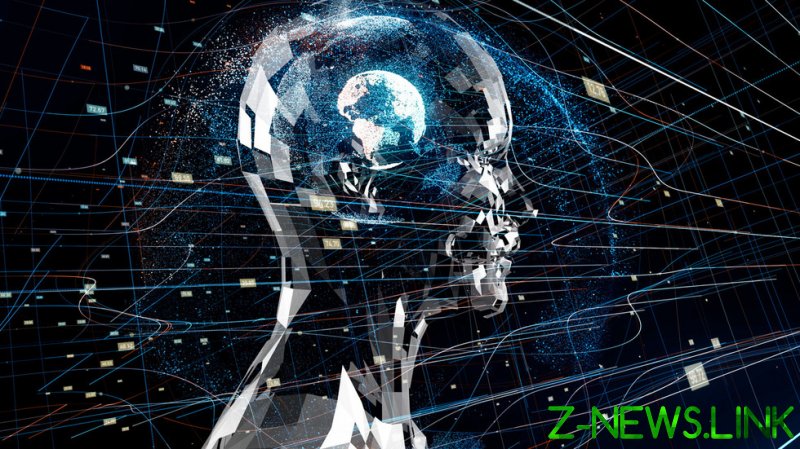 Several Big Tech companies, including Facebook and Microsoft, and technology investors like Elon Musk have funded projects exploring the use of brain-computer interface (BCI) devices to map out neural links. US government agencies are also studying the tech’s applications.

In a new study published in the APL Bioengineering journal, researchers from the university reviewed the state of BCI research. They raised red flags about the potential commercial exploitation of our innermost thoughts and feelings and warned of a world divided along the lines of access to BCI tech.

Study co-author Roberto Portillo-Lara described the possibility of corporate entities accessing BCI readings as “particularly worrisome” since “neural data is often considered to be the most intimate and private information that could be associated with any given user.”

The most likely approach to real-world BCI applications is through electroencephalography (EEG), a relatively low-cost, non-invasive method of monitoring the brain’s electrical activity. Hospitals use it – through a headgear with electrodes attached to the scalp – to diagnose epilepsy and other disorders.

The researchers claim EEG-based BCI systems (eBCIs) will “deeply transform” industries like healthcare, entertainment, security, education and marketing in “the near future.”

However, Portillo-Lara warned that EEG data could also give companies “unparalleled insight” into a person’s “intentions, preferences, and emotions.”

One recent example of a BCI venture is a Facebook-funded “speech neuroprosthesis” project that has used surgically-implanted electrodes on a participant’s brain surface to create computer models for “speech detection” and word usage.

In a blog post earlier this month, the company said the project had enabled a man who could not speak after suffering a series of strokes 16 years ago to communicate again. It did this by converting his attempts to talk into words on a screen.

However, the project was still far from the tech giant’s stated goal of a system that “can type 100 words per minute straight from your brain.” Perhaps unsurprisingly, Facebook said it would stop funding the project to focus on a product that had better short-term sales potential – a virtual reality wrist controller that reads muscle signals sent from the wearer’s brain to the arm.

Last year, Musk’s BCI tech start-up Neuralink announced that it had implanted a chip in a pig’s brain to study its neural pathways – with the eventual goal to build “Fitbit in your skull” human implants that would enable memories to be shared and Tesla cars to be telepathically summoned.

Meanwhile, the US military’s research arm DARPA is reportedly developing BCI tech with the intent to create supersoldiers who can control “swarms of drones, operating at the speed of thought.” In 2017, the agency had awarded contracts to better understand how brain interface technology works and potentially build a device capable of communication with up to one million neurons at a time.

This ties in to what the researchers warn could lead to a world divided between the augmented and the natural. Study co-author Rylie Green said policymakers and regulatory bodies had to tackle the “dilemma” of BCI commercialization to avoid this “bleak panorama.”

The study authors said there were lessons to be learned from the commercialization and global impact of innovations like the internet and smartphones. Those examples showed that “stringent” laws need to be put in place to ensure applications of BCI technology are ethical and safe.

As well, they recommended that the technology needed to be shared and easily accessible to prevent “current socioeconomic inequalities” from growing worse.