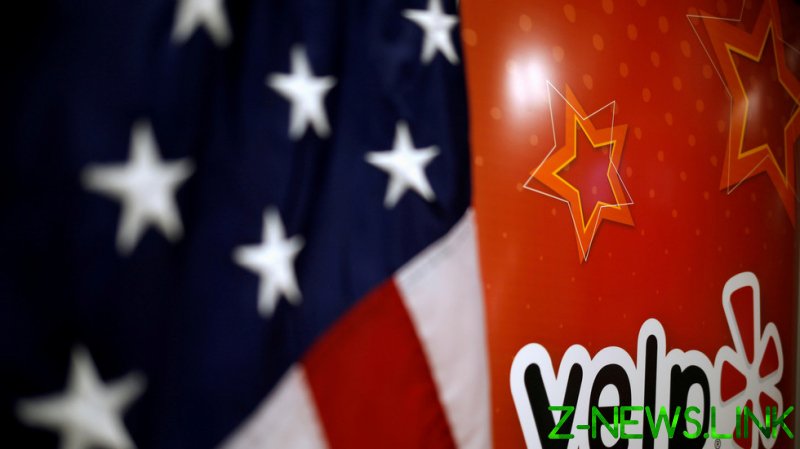 Trumpeting its “zero tolerance policy to racism,” the site announced the new feature in a blog post on Thursday, explaining that while it’s great that many users have been using Yelp to air their grievances about businesses behaving in a racist manner, this is sometimes done without “actual first-hand consumer experiences with the business.”

The icon, they wrote, is designed to protect both customers and businesses. Appearing beneath a warning exclamation point in a red circle, the alert will pop up when the user navigates to the page of a business “accused of racist behavior,” explaining that the media attention has triggered an influx of negative feedback and reviewing capability has temporarily been frozen. Alerts will include a link to a “news article where they can learn more about the incident.”

“As the nation reckons with issues of systemic racism, we’ve seen in the last few months that there is a clear need to warn consumers about businesses associated with egregious, racially-charged actions to help people make more informed spending decisions,” the review platform said in the post. The new feature is an expansion of the previous “Public Attention Alert” warning that Yelp placed on the pages of businesses targeted by “social activism” linked by the company to the Black Lives Matter movement.

Since May 26, the day after black Minneapolis man George Floyd’s death reignited BLM, Yelp claimed to have placed over 450 such alerts on businesses either targeted by or accused of racism, a 133 percent rise in “media-fueled instances” of review-bombing. Accompanying the rollout is the release of an “inclusive environment” toolkit for small businesses that don’t have the resources to inflict anti-discrimination training on their employees. It’s created in partnership with Open to All – an organization that charges businesses $10 to publicize their anti-discrimination policies with a window decal and a “pledge” to welcome all customers regardless of race, ethnicity, gender, or other protected characteristics.

The inclusivity materials include an hourlong “unlearning bias training video for employees,” social media “assets,” and “outreach language for customers and employees.” Yelp strongly hinted that those looking to be inclusive should join the half-million-plus businesses boasting an “Open for All” icon on their pages, lest they be seen as discrimination-loving reactionaries and lose customers, stating “Increasingly, consumers across the US are voting with their dollars by supporting businesses that align with their values.”

Yelp has been touting its potential as a tool for social justice for years, but the arrival of BLM has kicked things into overdrive, with reviews highlighting “black-owned businesses” up 617 percent for the summer compared to the same period last year and mentions of “women-owned businesses” increasing 114 percent.

The platform debuted a tool to specifically search for (and identify as) black-owned businesses in June. Last month, Yelp reported that 60 percent of listed businesses that closed temporarily during the economic shutdowns triggered by the Covid-19 pandemic will not reopen, representing nearly 100,000 companies.