Home / WORLD / Current health guidance is utterly WRONG: Full-fat milk & red meat are good for you. It’s the vegetable oils that can kill you

Current health guidance is utterly WRONG: Full-fat milk & red meat are good for you. It’s the vegetable oils that can kill you 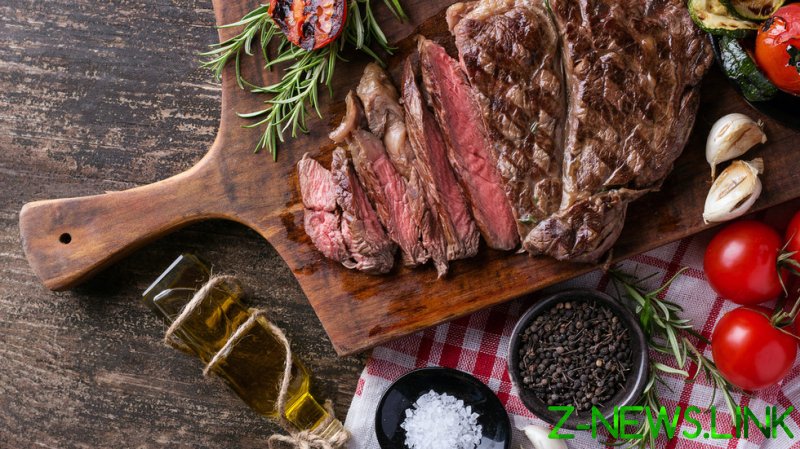 Whilst we are in the middle of the coronavirus pandemic, it seems that all other diseases have been relegated to a position of complete irrelevance. Should this be happening? According to the British Heart Foundation, cardiovascular disease kills four hundred and sixty people each and every day in the UK. That’s just shy of 170,000 every year.

So I was pleased to see that someone from the other side of the world is still paying attention to the real medical killer. I was pointed to an article in The Australian, based on a study that appeared in the Journal of the American College of Cardiology (JACC). The newspaper headline was: “How dairy and fat could save your life,” with the sub-header “A new study confirms decades of research that saturated fats are good for your heart. So why do guidelines still push a non-fat diet?”

The article in the JACC began:

“The recommendation to limit dietary saturated fatty acid (SFA) intake has persisted despite mounting evidence to the contrary. Most recent meta-analyses of randomized trials and observational studies found no beneficial effects of reducing SFA intake on cardiovascular disease (CVD) and total mortality, and instead found protective effects against stroke.”

This is very much grist to my particular mill, as I have been writing articles and books for the past thirty years stating that saturated fat, red meat, and chocolate (dark or otherwise) are completely healthy. In addition, the ‘anti-fat’ dietary guidelines ruthlessly promoted for the past forty years or so are complete nonsense. Although almost universally accepted, they were based on absolutely no research at all. None.

When I state this, most fellow medics look at me in that certain way. Before shuffling sideways. They know, they just know, that saturated fat is bad for you. They will have read no research on the matter – they very rarely do – they have just been told this so-called fact so many times that it has become ‘The Truth’. As someone else once commented, although it is not clear who said it first, “My mind is made up; do not bother me with the facts.”

The problem is that, once someone has made up their mind, based on no facts at all, it is difficult to use facts to change their mind – but I shall have a go anyway. As the article in The Australian noted:

The answer is that we don’t, and part of the reason for this is that research proving that polyunsaturated fats are unhealthy has been ruthlessly suppressed over the years.

In Australia, at the peak of its heart disease epidemic in the 1970s, researchers wanted to prove that saturated fats were bad, and that polyunsaturated fats were good. They found five hundred heart attack survivors from across Sydney and gave half of them safflower oil. They also told them to cut down on saturated fat. The other half were told to get on with life, as before.

In the safflower group, cholesterol levels fell. Hooray. Unfortunately, the group’s members were also far more likely to die. There was a fifty percent increase in deaths in the polyunsaturated safflower oil group. Not only that, but more of them died of cardiovascular disease. These figures were not published at the time. The study was, essentially, buried. However, an intrepid researcher dug the data up and published the results in the BMJ in 2013.

The key statement was this: “… substituting dietary linoleic acid (polyunsaturated fat) in place of saturated fats increased the rates of death from all causes, coronary heart disease, and cardiovascular disease.”

Another study was done in the US at around the same time, in the late sixties, early seventies. This was the Minnesota Coronary Experiment. It was far bigger, involving nearly twenty thousand men. As with the Sydney Diet Heart Study, men were split into two groups. One group was told to eat a high polyunsaturated fat diet, the other to continue with their ‘deadly’ saturated fats.

As with the Sydney study, those eating the polyunsaturated fat saw their cholesterol levels fall. Hooray again. Unfortunately, as before, they also saw the rate of heart disease rise significantly. For each ten percent fall in cholesterol levels, there was a fifteen percent increase in death.

But what of the other studies, I hear you cry? The ones which must have proved beyond doubt that saturated fats are bad for you? A reasonable question. The problem is that I cannot show you any, because there are none.

This may seem an extraordinary statement to make, but it can be supported. In 2015, a paper was published looking at the evidence from Randomized Controlled Trials (RCTs) to support the dietary guidelines which tell us all to avoid saturated fat. Randomized controlled trials are considered the gold standard for medical research.

It stated: “Dietary recommendations were introduced for 220 million US and 56 million UK citizens by 1983, in the absence of supporting evidence from RCTs.”

Yes, no trials, and no evidence – and none since, either.  So no, the recent article in The Australian did not come as any great surprise to me. Nor did the study in the Journal of the American College of Cardiology. But it was nice to see things confirmed… again.

As for the evidence that ‘super-healthy’ polyunsaturated fats may not be healthy? Again, no surprise. These things… at least, the concentrated goop we call vegetable oils, are almost completely artificial and unknown to the diets of our ancestors.

We were not designed to eat them in any quantity. If we do, they get into our cells and our cell membranes, and gum up the works. Then, as proven by the Sydney and Minnesota studies – and many others – they cause us to die.

In truth, it is not really that saturated fats are good for us. Saturated fats are what nature designed us to eat. It is that, when we substitute them for cheap, manufactured goop, we do very badly.

Sunflower oil sounds lovely and sunny and healthy. But consume too much of it, and you won’t see too many sunrises – ever again. Stick to red meat, saturated fats, and dark chocolate. These are the things nature designed us to eat. So eat them. Like the French, who have the highest consumption of saturated fat in Europe, and its lowest rate of cardiovascular disease.