Curiosity of the day: three Americans stole a record number of bottles of vodka 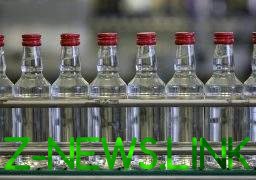 Operation “y” in the new manner.

According to police, shortly before the robbery, security cameras recorded an unknown penetrated into the territory of the enterprise.

The footage, for example, is seen as one of them climbs over the fence with barbed wire, and the other two waiting for him downstairs. It is noted that in the night from the warehouses, nothing is missing.

Three weeks later, the thieves cleaned out the room, leaving only the box and the broken glasses. The police have no evidence that the people in the video were involved in this robbery, but the guards are sure that this is so.