Home / FUNNY NEWS / Curiosity of the day: the Russians staged an explosion while trying to steal pipe of the pipeline

Curiosity of the day: the Russians staged an explosion while trying to steal pipe of the pipeline 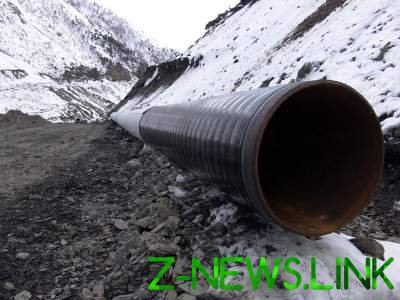 In addition, they burned my car.

Two residents of Vyazma was injured during the attempted theft. The men came in UAZ to an abandoned boiler room in order to profit and began to cut off the gas pipe.

The pipe was part of the acting gas pipeline and an explosion occurred. Car thieves parked, instantly on fire, and one of the attackers received burns to the face and hands.

See also:  Ukrainians are laughing at the much-vaunted fighters of "DNR" rifle

Men, leaving the tool, tried to hide in the woods but was soon apprehended.

The accident burned a few cubic meters of natural gas, and machine Basilica destroyed by fire.