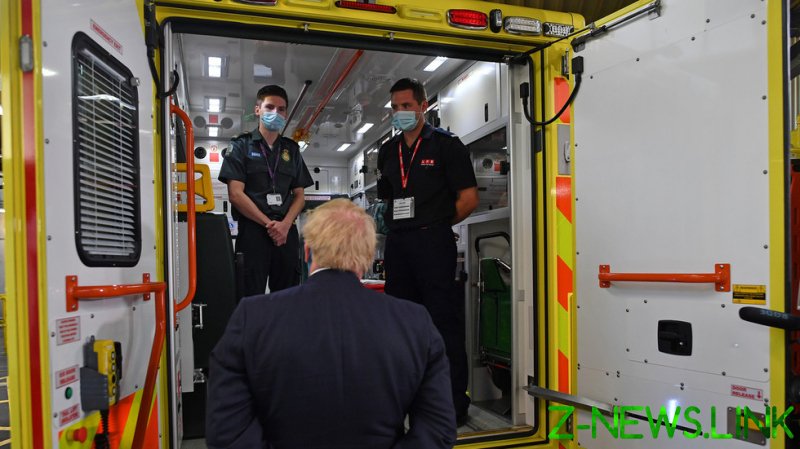 Stay-at-home orders prompted countless people suffering from serious medical conditions to avoid hospitals, according to the study’s findings, which were published in the Heart medical journal and first reported by the Daily Mail. The paper noted that deaths from heart disease in private homes surged by 35 percent from March to July, resulting in 2,279 more fatalities on average over the past six years. However, heart and stroke deaths in hospitals dropped by around 1,400 during the same period, suggesting that some who chose to stay home would have died anyway even if they had been hospitalized. The researchers calculated that in total, there were 2,085 excess deaths in England and Wales that could be linked to heart attack and stroke sufferers who refused to seek out medical treatment. This means that between March 2 and June 30, every day 17 people died needlessly from heart attacks.

The findings support government figures which underline the disastrous side-effects of the UK’s anti-coronavirus policies.

A recently released report by the government’s Scientific Advisory Group for Emergencies (SAGE) found that nearly 75,000 people could die over the next five years from non-Covid causes as a result of the lockdown. More than 30,000 of these projected deaths will be the result of undetected cancers, cancelled operations and health problems associated with economic recession. 26,000 are expected to die if people continue to avoid seeking out critical medical care.

The grim predictions appear to already be playing out. According to data released by the Office for National Statistics (ONS), there were 830 excess deaths at home in one week at the start of September compared to the five-year average of deaths. The UK has registered 5,556 excess deaths at home in the past eight weeks, but only 1,117 deaths were attributed to Covid-19 in the same period, the Telegraph reported.

A study published in May by the British Medical Journal found that only one-third of excess deaths seen in England and Wales can be linked to coronavirus.

Since the start of the pandemic, the UK has recorded 423,000 coronavirus cases, resulting in 41,936 deaths. The country has seen a recent spike in new infections, but daily deaths have remained relatively stable.