Cuomo’s daughter’s coming-out is another chance for media to evangelize for LGBTQ agenda, cheer on favorite supposed victim class 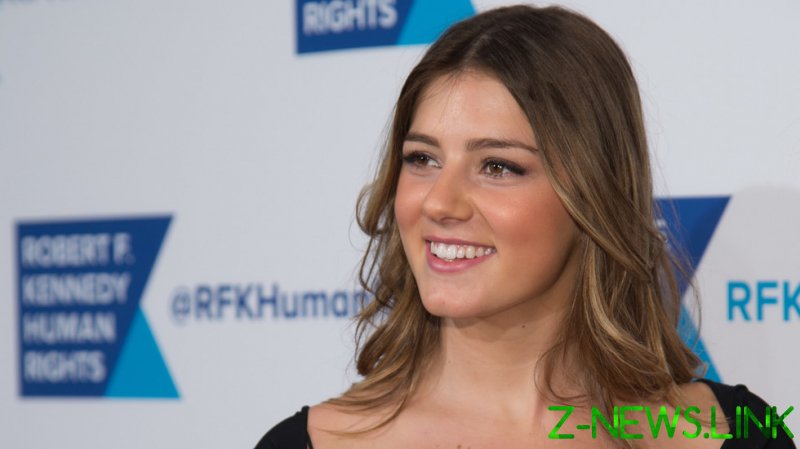 Kennedy-Cuomo came out of the gate powerfully, showing that she’s more than ready to embrace and exploit all the victim points she can as the media-, government-, corporation-, academia- and Hollywood-celebrated offspring of New York’s rich and powerful Cuomo political dynasty. If that’s not enough, she descends from the powerful Kennedy political dynasty of Massachusetts on her mother’s side.

Governments are on board, too, of course. US Secretary of State Antony Blinken issued blanket authorization in April for US embassies and consulates to fly the Pride flag on the same pole as the Stars and Stripes, reversing a Trump-era policy. Washington has long used a foreign-aid carrot and a foreign-policy stick to pressure governments with anti-gay laws in other countries.

And sure, the billionaire class and Hollywood do their parts to promote LGBTQ lifestyles and political initiatives. From queer Disney characters to a new gay version of Captain America created by Marvel Comics, the entertainment industry has worked hard to inject LGBTQ sexual orientations into its programming. And Hollywood has flexed its political muscle, such as when it called for a boycott of North Carolina over a 2016 law requiring biological males to use male restrooms and biological females to use female restrooms. The law was partially overturned.

World leaders demand even stronger advocacy. The World Economic Forum – despite all the other issues it might have considered front-burner problems – complained in January that only 9.1% of characters on primetime US television programs are overtly LGBTQ. By the way, 5.6% of American adults identify as something other than heterosexual, according to the latest Gallup poll on the topic.

And let’s not forget the mainstream media, which injects sexual orientation into the conversation almost as much as race. As the Kennedy-Cuomo coverage reminds us, queerness is automatically big news, whether anybody’s interested or not.

It’s like a story I recall from 2013, declaring that a certain college swimmer had come out as gay. He wasn’t well known or particularly accomplished. But Yahoo News gushed over how the swimmer, Matt Korman, got “zero negative feedback” when he told his teammates of his sexual orientation.

No one cared – not the other swimmers, not the coach, and certainly not most readers of Yahoo News.

The reactions were similar to the Kennedy-Cuomo story. “Didn’t care before, don’t care now, will not care tomorrow what and with whom anyone wants whatever relationship they find comfortable,” said one reader of the People article. Another retorted, “I had the McDonald’s double cheeseburger combo for lunch today.” Still another said, “Sorry Michaela, but orientation doesn’t make you special anymore. You’re going to have to think of something else to get attention.”

Given all that, the way that Kennedy-Cuomo began her argument for victimhood was hilariously preposterous. “To those who are contending with the compulsive heterosexuality our society force-feeds us and innate attraction beyond cis-het folks, please know that you are not alone,” she said.

The entire Western ruling class is on her side – not just accepting, but advocating and evangelizing her ideology. The social-mainstream-entertainment media complex injects LGBTQ narratives, from an advocacy point of view, in many cases where sexual orientation shouldn’t even be relevant. The public education system is another great ally, to the point of burdening young children with questions and issues that they shouldn’t even be aware of until later years.

But trust Kennedy-Cuomo, the need for even greater advocacy is great. “To hetero allies, please be mindful that we don’t know who around us is questioning or struggling to embrace their sexual identity,” she said. “Being pro-gay-marriage is not enough to assure queer folks that we will not be ostracized for our sexuality. Support your friends by speaking up against homophobia and by actively reaching out to the members of your community whose sexual expression may be isolating.”

It seems a rather burdensome expectation, for all of your friends and acquaintances to be on edge about your sexuality and vocally support LGBTQ ideology, just in case you might be troubled by identity issues. For the unindoctrinated – who don’t know or care about the sexual orientation of the co-worker in the next cubicle or that old friend from college – it’s somewhat of an adjustment to look at everything through the lens of woke identitarianism.

Some just want to escape the politicizing and propagandizing now and then. Some want to be allowed to not care – not to have any animosity or oppose anyone else’s choices, but to just not care.

The activists won’t allow that. British LGBTQ advocacy group Stonewall, for instance, has warned corporations and government entities that they must eliminate gendered language – for example, replacing the word “mother” with “person who gave birth” – to avoid getting demerits in its influential Workplace Equality Index. Other recommendations included enlisting executives to attend Pride parades and give speeches or social media posts advocating for LGBTQ agendas.

Having achieved legal equality and broad social acceptance, the LGBTQ lobby and its allies seem like battle-thirsty armies without a real war to fight. As the US military industrial complex showed us in the post-Cold War era, that’s a dangerous place to be.