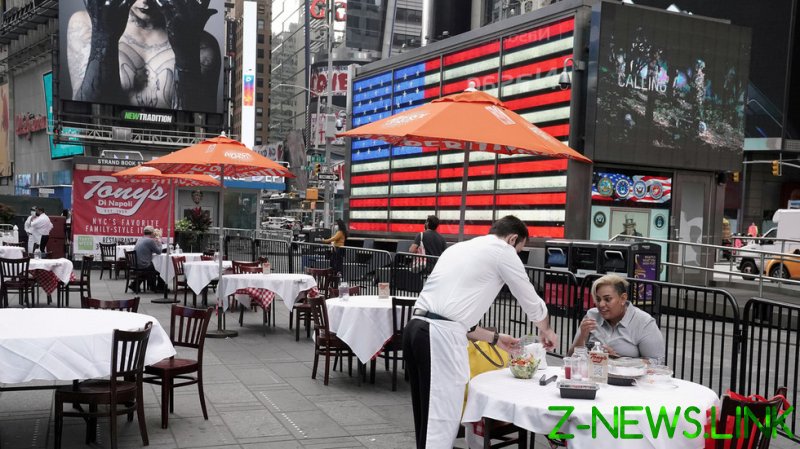 Restaurants in the state’s largest city are forbidden from serving customers indoors as of Monday, the governor announced on Friday during a press conference, blaming rising Covid-19 positive rates and citing guidance from the Centers for Disease Control. At the same time, Cuomo acknowledged New York City has a lower rate of infection than most of the rest of the country.

Indoor dining will be closed indefinitely, even as New York heads into the winter months and outdoor dining becomes a near-impossibility for customers and establishments alike. Restaurants in New York City have been allowed to serve food indoors only since September 30, and even then, at just 25 percent of capacity.

While restaurants have urged Cuomo not to enact restrictions that will essentially comprise a death blow to a good portion of the industry, the governor remained unmoved, even warning beleaguered business owners that it was the responsibility of the federal government to bail them out.

NYC Hospitality Alliance director Andrew Rigie warned that shutting down indoor dining in the dead of winter would be “the last straw for countless more restaurants and jobs,” lamenting that Albany had provided “zero economic support for small businesses that are already struggling to survive.”

Hundreds of thousands of small businesses in New York have been driven out of business by Cuomo’s strict regulations, and New Yorkers who can afford to are fleeing the city (and, in many cases, the state) in droves. The governor has threatened to raise taxes in response to the mass exodus, especially if federal aid is not forthcoming.

New York City Mayor Bill de Blasio applauded the business-killing move, which he had predicted would come to pass weeks ago, despite the rate of deaths and even hospitalizations remaining far below the springtime peak.