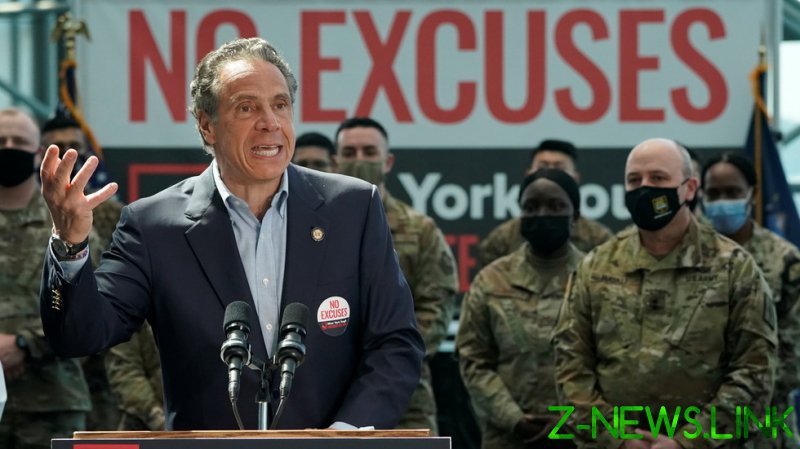 The probe looking into numerous claims of sexual misconduct has been broadened, according to sources familiar with the investigation speaking to The Wall Street Journal.

Three Democrat county executives reportedly told the Journal that Larry Schwartz, a volunteer advisor for the governor, recently called them to rally support for Cuomo. He asked them if they would be demanding his resignation amidst a wave of public officials doing so, but the calls were made under the guise of discussing vaccine distribution.

Schwartz previously said in March there was no deliberate attempt to tie vaccine distribution plans to support for Cuomo, and Beth Garvey, counsel for Cuomo, said about Schwartz’s calls that “distorting Larry’s role or intentions for headlines maligns a decades long public servant.”

Schwartz left his position last month as the state’s vaccine czar and refused to comment further on his phone calls for the Journal’s report.

This investigation is just one of multiple centering on Cuomo. The US attorney’s office for the Eastern District of New York is also looking into potentially misreported deaths in nursing homes during the Covid-19 pandemic, and the Democrat-controlled state assembly is also investigating Cuomo and considering whether to impeach him. Also being investigated is whether state resources were inappropriately used to help in the writing of Cuomo’s book last year, a memoir on the Covid-19 pandemic for which he was reportedly paid six figures.

Cuomo has denied all wrongdoing when it comes to the probes into his past conduct.

The latest news of the investigation expanding into even more possible misconduct has not surprised critics of Cuomo in the least, who have taken to social media to celebrate the news and renew calls for the governor’s resignation.

Top New York Democrats such as Senator Chuck Schumer and Representative Alexandria Ocasio-Cortez have called on Cuomo to resign in light of his scandals and responses to them, though the governor has said during his now more infrequent press conferences that he has no plans of stepping down.

“I did nothing wrong, period, and I am not resigning,” he said this month when asked about the various investigations centered on him.

The governor may not be resigning, but he has seen numerous people leave his administration amid the mounting scandals, with Peter Ajemian being the latest to leave, resigning from his position as communications director this week.