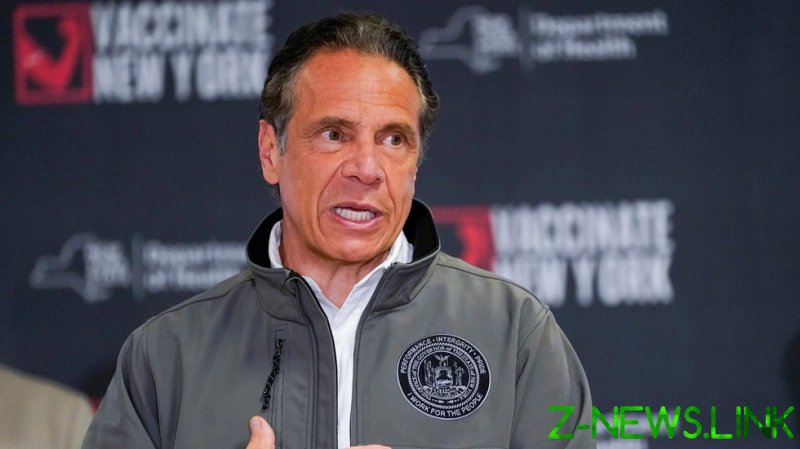 In a letter made public on Monday, state Comptroller Tim DiNapoli gave permission to state Attorney General Leticia James to investigate the accusations. James’ office has not publicly commented on the matter, citing an “ongoing investigation.”

DiNapoli asked James to investigate whether Cuomo violated laws that restrict officials from using public resources for personal benefit. Spokespeople for Cuomo have acknowledged staff members helped with the book, titled ‘American Crisis: Leadership Lessons from the Covid-19 Pandemic,’ but insisted the work was done on a voluntary basis on their personal time.

“We have officially jumped the shark,” Cuomo spokesperson Rich Azzopardi said in response to the announcement of the new investigation. “The idea there was criminality involved here is patently absurd on its face and is just the furthering of a political pile-on. Any state official who volunteered to assist on this project did so on his or her own time and without the use of state resources.”

Azzopardi added that the investigation is “Albany politics at its worst” and cited the potential political ambitions of both James DiNapoli as being likely motivations for their actions.

The governor has not specified how many staffers worked on the book, but his office has dismissed any overlap of resources to being small and “incidental.” Cuomo also said via a teleconference on Monday that he mostly asked colleagues to review the book before publication.

“On the book, some people volunteered to review the book,” he said. “You look at the people who are mentioned in the book. I wanted to make sure they were okay with the mention.”

Reports, however, have indicated that staffers of Cuomo were working hand-in-hand with publishers, even at the Executive Mansion, on the book that Cuomo reportedly earned seven figures on.

The investigation is only the latest political hit for Cuomo’s once booming career to take in recent months. He is also facing a federal investigation into accusations his administration withheld thousands of Covid-19 deaths for political purposes, and James is already overseeing an inquiry into multiple sexual harassment allegations against the governor.