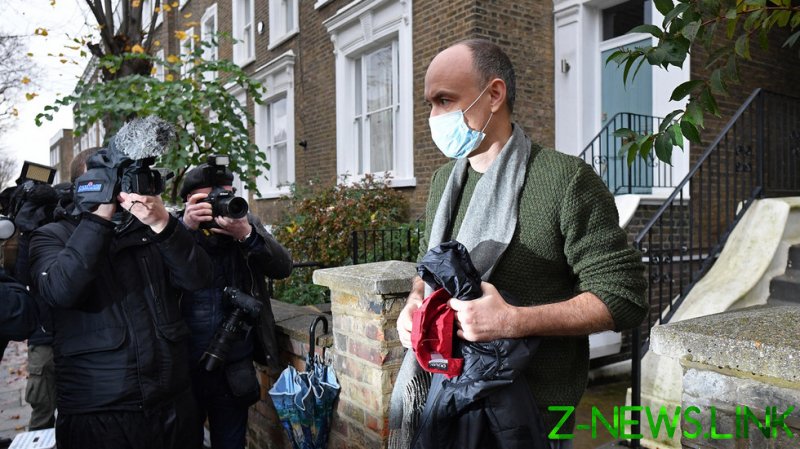 I don’t think I have ever seen anything like the BBC’s interview with Dominic Cummings, the former Downing Street special adviser. It was both enthralling and disconcerting in equal measures. Moreover, Cummings’ accusations raise lots of questions about how the UK government is run and the fitness of Boris Johnson to be Prime Minister.

Cummings was once the PM’s rock. He was lauded by Brexiteers and despised by the left-wing press, which accused him of being morally bankrupt, a bully and a liar. Yet those same lefties who traduced his character when he was in Downing Street now hang on his every word, because it suits their agenda. In their eyes, Cummings is no longer Satan personified, he is a paragon of virtue and a purveyor of truths. The whole episode lays bare just how the UK media is vacuous, immoral and is taking the public for a ride.

Nevertheless, Cummings made a lot of serious claims during the interview, and some of them were positively jaw-dropping. Indeed, viewers were left questioning who was really running the country. Was it Boris Johnson, who was elected by the people, or Cummings, who was elected by no one? Moreover, the PM was made out to be a buffoon; a showman to be wheeled out to win elections, but one who has no grip on policy or detail.

Cummings said of the PM, “He doesn’t have a plan, he doesn’t know how to be Prime Minister, and we only got him in there because we had to solve a certain problem, not because he was the right person to be running the country.”

That “certain problem” was, of course, Brexit. Theresa May had made a hash of the negotiations with the European Union and British MPs had refused to sanction her botched deal on numerous occasions. What was required in her place was someone who supported Brexit during the referendum campaign and was prepared to take a firmer line with the EU. Boris Johnson fitted the bill.

However, once Johnson had signed his deal with the EU, and had won the general election under the slogan ‘Get Brexit Done,’ Cummings was plotting to remove him. Cummings admitted, “We were already saying, ‘By the summer either we’ll all have gone from here, or we’ll be in the process of trying to get rid of him and get someone else in as prime minister.’” This statement alone tells us everything that is wrong with UK politics. We have faceless unelected apparatchiks, who are answerable to no one, plotting to remove a democratically elected PM. And we are meant to be living in a democracy!

Cummings not only painted his former employer as useless, but also callous, which is the most cutting accusation. He claimed that the PM did not want to lock the country down for a second time in October because the people who were dying from Covid were the elderly. Johnson is alleged to have written “that is above life expectancy … so get Covid and live longer.”

He also allegedly stated that “I no longer buy all this NHS overwhelmed stuff. Folks, I think we may need to recalibrate.” This seems an amazing claim from a man who himself had almost died from Covid in April 2020. If this is true, and Cummings does indeed have written evidence, then Johnson could be in trouble. However, the fact that Cummings has not yet produced this evidence makes me question the veracity of this claim.

The final takeaway from the interview was the role of the PM’s wife, Carrie Symonds. According to Cummings, she is a Lady MacBeth figure, using the PM to further her own aims and have her friends appointed to plum jobs. Cummings said that “the situation we found ourselves in is that, within days, [we] were in a situation where the prime minister’s girlfriend [now wife] is trying to get rid of us and appoint complete clowns to certain key jobs.” Admittedly, it is not uncommon for the wives of prime ministers to influence their husbands. Clementine Churchill, for example, certainly played a role in reining in her husband’s excesses. Moreover, in recent times, Cherie Blair seemed to juggle the roles of being an activist and the wife of a prime minister. Of all Cummings’ criticisms, this one is definitely the lamest.

Cummings is a clever man, of that there is no doubt. I remember a meeting back in early 2016 when he attempted to recruit us UKIP MEPs to his Vote Leave campaign. The meeting descended into farce when he got into an almighty row with Nigel Farage about the direction of the campaign. My conclusion was that Cummings was a details man, brilliant in many ways, but he was not a ‘people person’ and I knew that he would eventually fall out with those who crossed him.

There is, of course, nothing wrong with that, and politics is littered with people who have strong opinions. But it was obvious from that meeting that he would make enemies and hold grudges, and now we are seeing that writ large.

So, will this interview cause any long-lasting damage to the PM? I am not so sure. Boris Johnson is, if anything, a Teflon politician. He lumbers from crisis to crisis, performs U-turn after U-turn, and yet nothing seems to stick. Any other PM would be in the political doldrums right now and ailing in the polls. Yet Johnson’s approval ratings remain incredibly high, and his party is well ahead of Labour in the polls. Indeed, if there was a general election tomorrow, the Tories would romp home, probably with a bigger majority than they have now.

There is a popular saying that ‘you never kick a man when he is down’; yet, in politics, this is precisely when it is best to go on the attack. It was therefore pointless for Cummings to attempt to kick Johnson when he’s flying in the polls. If Cummings really wanted to cause lasting damage, he should have kept his powder dry and attacked the PM when the tide had turned, and Labour has got its act together. Instead, he has shot his bolt too soon and I predict that this interview will be chip paper by the end of the week. That is, unless Cummings has written evidence of Johnson’s callousness. The sum of Cummings’ claims amount to that we have a PM who is unsuited to the role but, to be honest, we knew this all along, and, as the polls show, no one really cares.