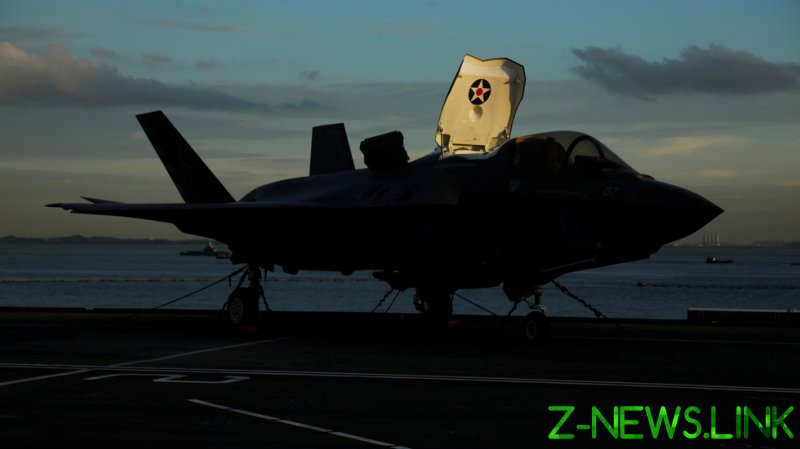 A British F-35 jet crashed into the Mediterranean Sea on November 17 during an attempt to take off from the UK’s flagship aircraft carrier, HMS Queen Elizabeth.

According to The Sun, sailors saw a red cover floating in the sea after the aircraft splashed into the water. Investigators believe that the piece of plastic was left in place by mistake and got sucked into the plane’s engine as it sped down the flight deck, the newspaper said, citing anonymous sources.

“They knew almost right away,” a source was quoted as saying, referring to investigators of the incident. The Ministry of Defence (MoD) is yet to give an official explanation on the cause of the crash.

The fact that the UK’s fleet of F-35s was not reported grounded following the crash confirms that the investigation pointed to a human error rather than some issue with the fighter jet itself, the report argued.

The tabloid said the pilot tried to abort the takeoff, but couldn’t do it in time. His parachute “snagged on the ship” after ejection because he was so close to it, the report claimed. The pilot survived the incident and “was safely returned to the ship,” MoD previously said.

Following the loss of the F-35 in international waters in the southern Mediterranean, British media claimed that their nation was racing against Russia to recover it from the seabed. No evidence of any Russian attempts to snatch the stealth fighter jet was ever offered. A Royal Air Force source cited by The Times last week acknowledged such a salvage operation by Russia would be “unrealistic” in practice.