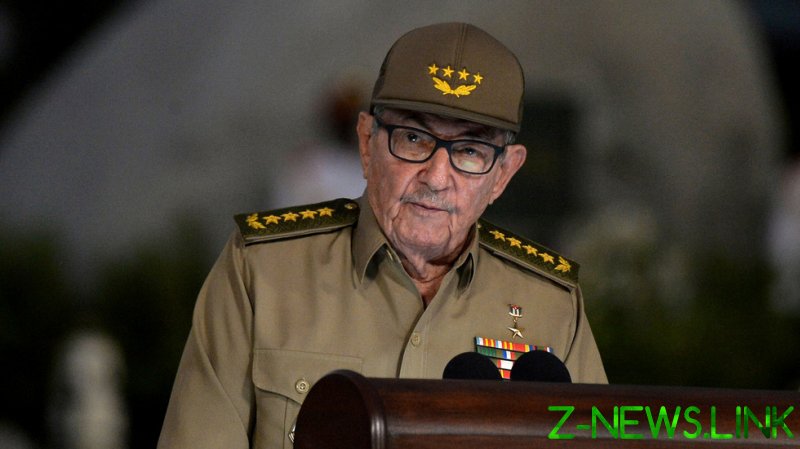 “As I live I will be ready with my foot in the stirrups to defend the fatherland, the revolution and socialism,” Castro told party delegates at a convention in Havana on Friday.

Raul has served as First Secretary of the Cuban Communist Party since 2011, when he replaced his late brother, Fidel Castro. Fidel became prime minister (later president) of Cuba following the 1959 revolution, and first secretary of the party two years later.

Raul Castro stepped down from the presidency in 2018, when Miguel Diaz-Canel took over the office, but remained in charge of the party.

Cuba remains one of the last few communist states in existence, despite Raul Castro introducing some limited free market reforms in 2011. The country’s healthcare system and literacy rate rank impressively high compared to some capitalist nations, but consumer goods are hard to come by. A state salary in Cuba is just $20 per month, and there are only 173,000 cars between the country’s 11 million people.

Whichever party loyalist fills Castro’s shoes will have to grapple with a stagnant economy, as well as strained relations with the US. While Donald Trump sanctioned and forbade travel and commerce with the island nation during his term, President Joe Biden has promised to thaw relations with Cuba. However, he has yet to change any of Trump’s policies.