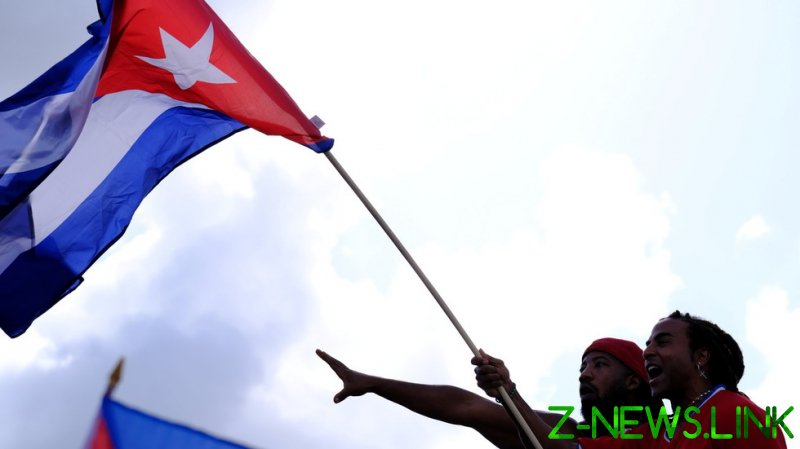 Earlier Monday, the Biden administration flatly declared the protests an “unprecedented rejection of the island nation’s government,” placing the blame for the unrest at the feet of Cuba’s Communist government.

After the Biden government’s statement in support of Cuban protesters following the weekend’s street demonstrations, Rodriguez swiftly challenged the US president’s claims.

Rodriguez claimed a social media campaign had been run with the intent of destabilizing Cuba, hitting the country in a moment of weakness with the help of “US-financed mercenaries” who could then burrow their way into existing pockets of unrest on the island to take down the communist nation.

Meanwhile, Cuban President Miguel Diaz-Canel dismissed the unrest as the result of the long-standing American embargo that has starved the island of much-needed resources for over half a century in defiance of human rights law.

Nevertheless, Cuban doctors were able to develop two vaccines for Covid-19 on their own, not only coming up with the formulae themselves but domestically producing the drugs and inoculating at least a quarter of the population with them – this despite a syringe shortage brought on by US sanctions.